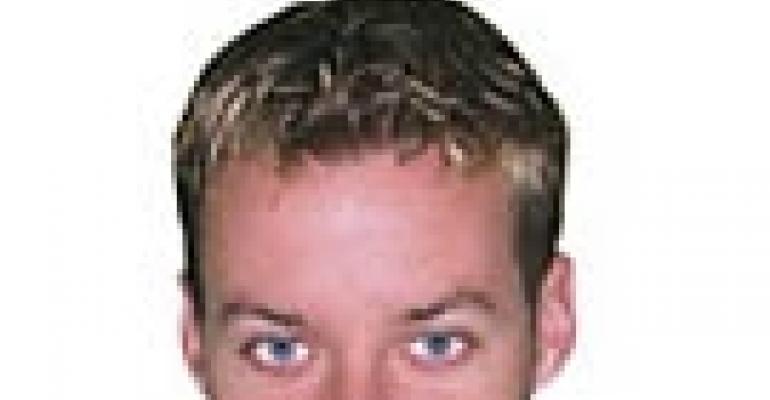 THE TORONTO EVENT industry describes it as a “tidal wave.”

From the initial cases of SARS (severe acute respiratory syndrome) in mid-March to the recommendation a month later by the World Health Organization against all but essential travel to the city, the Toronto hospitality industry watched as a panicked public canceled event after event. The local tourism industry expects to lose somewhere between $1.5 billion and $2 billion this year, according to Tourism Toronto, the city's official destination marketing agency. Bryan Bell, partner in Toronto-based event design company Decor & More Inc. and marketing director for the ISES Toronto Chapter, describes how the event community is forming alliances to fight back.

BRYAN BELL: We had a staff of 42; we've now pared it down to 24 for the next several months. It's a domino effect. As of early May, the hotels were running at an 18 percent to 24 percent occupancy rate. So our clients are suffering, as are our suppliers — the linen companies and so on. Tourism Toronto has been working hard to maintain a lot of the people who were already on the books right now, to help keep them in the city. We're starting to see the fall look somewhat promising, and we haven't lost anything since the latest outbreak [May 22, when Health Canada announced a new cluster of cases].

Q: Have specific types of events gone on as planned, such as social events with local guests?

A: Absolutely. The social marketplace didn't change at all — weddings, bar mitzvahs, everything like that. And the reason behind that is, anyone who lives here feels comfortable in the city. To be quite honest, we were all amazed and shocked at the press coverage, because it was really unwarranted in our eyes.

Q: When did the ISES Toronto Chapter take action?

A: Rob Gray [The Event Professional, Toronto] — our chapter president — took the lead. The day after WHO issued its travel advisory, he wrote to ISES international, letting people know that [the situation] wasn't as it was being pictured. Also, our chapter board has discussed how we can contribute in cooperation with Tourism Toronto to help toward that goal. A Toronto Event Council has been formed with the chapter presidents of ISES, MPI, IMPAC [Independent Meeting Planners Association of Canada] and other organizations.

The city has been given a budget of about $120 million from the three levels of government to help rebuild the Toronto tourism industry. A lot of that will go toward advertising and media campaigns as well as — hopefully — value-added incentives to ensure that the conventions, corporate events and everything hosted by Toronto will have the red carpet rolled out. So we can show everybody that this is a great city, with so much going on, and we value your business.

Q: WHO lifted its travel warning on May 14, but then news of the new cluster of cases came a week later. What has been the reaction?

A: It's status quo in terms of the plans we already have in place — we're going to continue with them. Unfortunately, the big international ad campaign that was coming from Tourism Toronto and our provincial government had to be put on hold. That's in light of the fact that with the press now coming out with all this new information, the campaign would be lost.

Q: What has your company learned from the crisis?

A: We've learned not to put all our eggs into one basket. If you're banking on corporate [business] wholly and not diversifying your business, then something like this can happen, and you're in a lot of trouble. We're taking the time and getting everybody clear on where we want to go, and streamlining our businesses to comply with new strategies.

Also, our industry was already feeling the loss of American convention and tourism business after Sept. 11, then came the war in Iraq. We were totally blindsided by SARS. You have to plan for the best scenario and for the worst.

Q: What can the event industry learn from this?

A: We can learn to work together as we rebuild. The fragmentation in our industry will never bring us success. I think as long as we can work together as a whole industry in Toronto — and that goes for anywhere that a crisis touches — we can leave that behind and forge ahead.