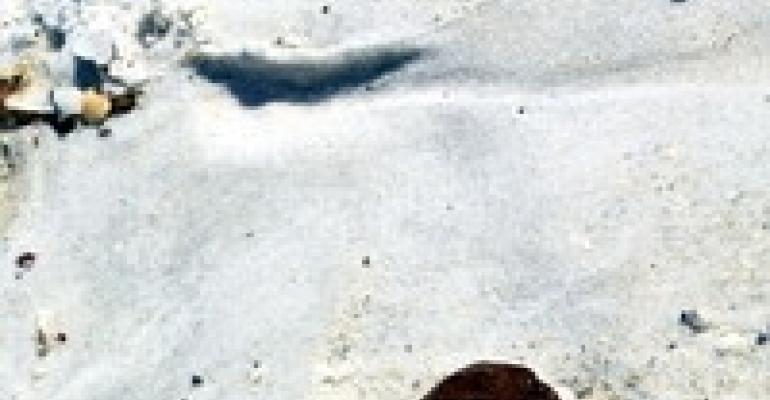 The April 20 oil rig explosion in the Gulf of Mexico is not only spoiling local special events but shaking the confidence of event professionals miles away from threatened beaches.

Miramar Beach, Fla.-based Yours Truly Weddings usually handles more than 300 weddings a year on local beaches, says founder Christie Sachse. But, "We're off about 75 percent since the spill," she says, a slide that began the second week in May. "My business doubles every year, so I am out a lot of sales right now." She is now working with the claims office at BP, the oil company operating the rig, to arrange compensation.

FEAR FOR THE FUTURE

The only business lost so far by Event Rental, with operations in Gretna and Lafayette, La., is the Grand Isle [La.] Tarpon Rodeo, a festival traditionally held the last weekend in July but canceled this year because of the spill. However, notes Event Rental head G. Richard Young, the real threat lies ahead.

"It's really more of the long-term effects that our industry is hunkering down for," Young explains. "Our tourism is still suffering from convention cancellations from Katrina [in 2005]. Now this will be just one more hit on our overall economic landscape. Louisiana, Mississippi and Florida will have a long-term stigma to overcome regarding the viability of the beaches as a vacation or wedding destination."

Even though New Orleans is 100 miles inland from the Gulf, the city is battling the "ubiquitous perception held by some planners and visitors of being close to the Gulf," notes Bonnie B. Boyd, CMP, head of New Orleans DMC BBC Destination Management. She is fighting to get the word out that in New Orleans, "Fresh Louisiana seafood is still being served in our favorite restaurants, the jazz is still playing, and the streetcars are still rolling."

CASHING IN ON CLEANUP

In a spot of good news, some local caterers and event rental companies have picked by business by servicing cleanup crews.

Port City Rentals, based in Mobile, Ala., has lost 5 percent of the weddings it had booked this summer, notes Ginny McElhaney-Simmons, the company's wedding and event planner. And those cancellations came "largely because of the smell" of the oil in spots such as Dauphin Island, Ala., even before the oil washed onshore, she says. The majority of cancellations have been out-of-town brides who moved their weddings back home, McElhaney-Simmons says, losing their deposits with her company as well as with caterers, florists and the like.

Her company has replaced the lost weddings with work for BP and others involved in the cleanup. "This business has actually offset the loss of the cancelled weddings and produced more revenue since their rental agreements are for long and indefinite terms," McElhaney-Simmons notes."I know many caterers who are also being kept extremely busy with the companies by supplying their meals. We are thankful they are at least keeping their business local."

Event Rental and its sister company, Event Restroom, are reinventing themselves to serve the emergency logistics environment, Young notes. "We both got our feet wet with this sort of catastrophe two years ago with an oil spill in the Mississippi River, and it was good training," he says. "We have been involved in the base camp construction since days after the rig explosion. We are in the midst of completing a very large, 1,000-plus-man camp in Boothville [La.] that was recently covered on CNN. In the short term, business like this will help our companies remain successfully intact just as many commercial boaters are working in the cleanup efforts."

Masters of Disasters: Keeping Your Company Afloat After a Disaster