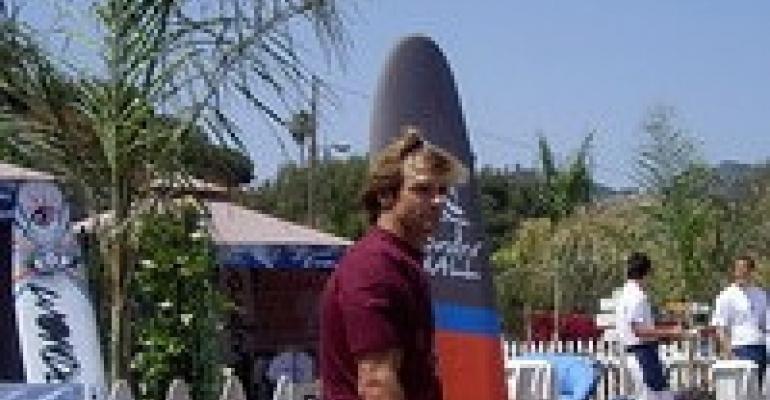 Surfing superstar Laird Hamilton just surfed across the U.S. to launch a new men's sportswear line. Hamilton showed off his paddling prowess to media in Los Angeles and New York to promote the "Wonderwall" collection of surf-and-skate wear from manufacturer Steve & Barry's.

Los Angeles-based Shannon Davidson Productions produced the campaign, which kicked off May 8 on the sand at L.A.'s spectacular Paradise Cove beach. Hamilton paddle-surfed onto the sand and greeted press by saying, "This [the ocean] is my red carpet." He posed with surfboards and pop-up tents displaying clothing from the new line.

Beach-boy models sporting the line relaxed on the beach chairs and lounges.

The campaign moved to New York last week, where Hamilton paddle-surfed around the Statue of Liberty.