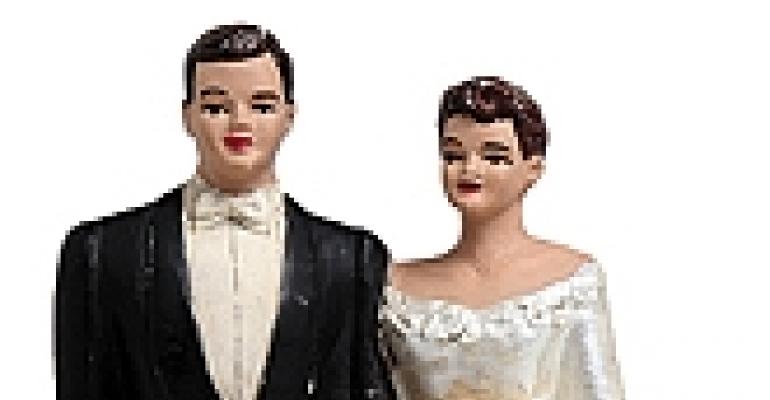 PARTY and event rental companies often find that their special skills are still in demand even after the party is over. Party Reflections of Charlotte, N.C., has grown from being a sponsor of a bridal show to taking over the show. Here, company president Dan Hooks, CERP, explains how this sideline has become a vital part of his business.

DAN HOOKS: The Bridal Showcase takes place in a 100,000-square-foot hall of the Charlotte Convention Center. The show in January welcomes over 1,300 brides on average and over 175 vendors, ranging from wedding entrepreneurs to national brands focusing on the bridal market. The August show takes place in a smaller hall of the convention center with a turnout of over 500 brides on average and over 100 vendors.

Q: What was your history with the show?

A: Through the years, we had increased our involvement to the point of becoming a major sponsor and displaying in a 3,200-square-foot booth. Weddings represent over 30 percent of our business but command over 75 percent of our advertising budget. Therefore, we must make a great impression when comparing our services to our competitors in the area.

In 2000, the producers of the show approached a few of the major sponsors and declared that they were looking for a buyer. As an integral part of the show already, we did not want a new owner to jeopardize our marketing efforts. With the exception of selling booth space, we were already providing all of the equipment for the show, helping with registration and providing sponsorship dollars to promote the show. It seemed a perfect fit for us because selling the booth space seemed to be the easiest challenge of them all. The show was a proven success and provided wedding vendors of all sizes the perfect opportunity to meet face to face with more brides than they could have possibly hoped for in any other marketing promotion. A large majority of the vendors were customers of ours, so selling them on the benefits of the show was simple.

Q: How does having the show pay off for you?

A: After looking at the financials, the show was not only a great move for us in a marketing effort but created a new revenue stream as well. Since the cost of the equipment for the show was one of the largest expense items, we knew we could make it profitable. The other attractive side of the venture was the timing of the shows. There are two one-day shows each year, January and August, historically our slowest months. This meant that sales for the show could actually boost our revenues during the down cycles of our year. I think we realized that it was a good move for our company when the entire wedding industry in our area began to take notice that we were capable of much more than just being a warehouse of rental equipment. It turned us into producers, which helped us empathize with our event partners and showed them that we were capable and interested in their challenges going forward.

Q: Did taking over the show bring any drawbacks?

A: We realized that there would be challenges that we were not currently facing. We formed a separate company to insure against the liability associated with public events and the threat of weather-related cancellations. Carolina Weddings and Events was formed as a separate limited liability corporation to handle the bridal show. My wife, Margaret, handles most of the booth sales and all of the operations aspects of the show. She had to give up her human resource responsibilities at Party Reflections when the show demanded 100 percent of her time. She is supported with part-time sales help and interns who help with mailings and registration during the show.

We were forced to look at everything from a different perspective, making us a better company to do business with. Even after owning the show for over five years and 10 shows, we still have to keep up the pressure to provide brides for our vendors.

The Party Reflections Web site is partyreflections.com; The Bridal Showcase site is carolinaweddingsandevents.com.