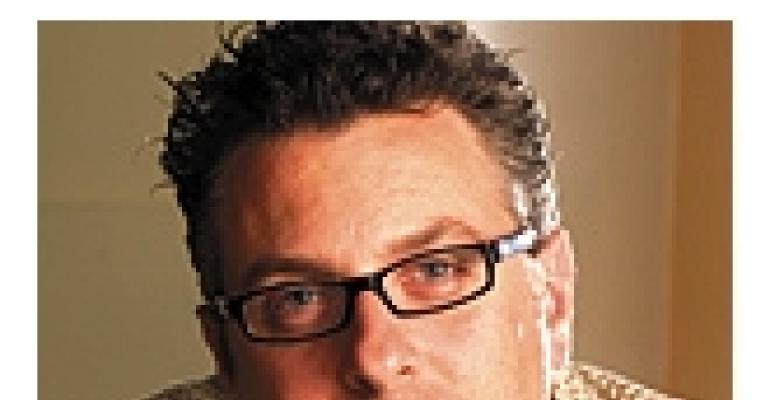 THE way former rock-band member David Fischette tells it, his event business had a somewhat surprising start. “Our band had a financial backer who had purchased us a huge sound system. {The} trouble was that he also paid for our rehearsal studios, which always came with a PA {public address} system, as did any of the venues we played at,” he says. “So there sat this state-of-the-art — circa 1984 — sound system in the garage at my parents' house.” Not one to pass up a potentially lucrative opportunity, Fischette and his best friend bought a couple of turntables and some records, hauled out the sound system and started a mobile DJ company.

Within a decade, that company, which Fischette was then running with his wife, Robin, claimed a staff of more than 25 DJs handling more than 1,300 events annually. Yet, the Fischettes weren't quite satisfied. “Playing off our love of the theater and my fascination with technology, we dreamed of how we could incorporate more of this into events,” Fischette recounts. Then an enterprising account executive from the Fischettes' company landed the job of technical and entertainment production for a John Dalydesigned Young Presidents Organization event, and the Fischettes' dreams began to blossom. “We were paid $165,000 for that event, and at the time, I thought it was all the money in the world,” Fischette says. “How many DJ events at $400 a pop would it have taken us to get there?”

Today, GO West Events & Multimedia is a 21-employee firm with capabilities that include event design and management, technical design and multimedia production. These days, big budget events — the grand opening of Los Angeles' Staples Center and health-care company WellPoint's agent sales EXPO among them — are par for the course for the Westlake Village, Calif.-based company, which should pull in $6 million in sales this year.

But that doesn't mean Fischette has the freedom to be complacent about his business. In today's climate of corporate accountability reforms and procurement demands, “Everything has had to change,” he notes. “You need to be prepared to show not only that you are creative and have pretty pictures, but that you get it.” And getting it means being willing to reveal details of his company's financial state to clients demanding a shrewd spend. More and more often, he says, that entails providing a Dun & Bradstreet financial report — a requirement that has forced Fischette to familiarize himself with his company's credit picture and to correct erroneous information he had not realized was sullying his image. It's work that requires time, effort and attention to detail, but for Fischette, that's just part of the new, heavier “burden in winning new business.”

“Running the business is not my gift, but it is my responsibility. More than anything, I wish I could have a great president run the company and let me do what I do best — create and produce. But it is very difficult to find someone who will understand the unique nuances of our industry.”

“As a producer, I know that I have been gifted with vision and ability to see the big picture — to a fault. I have been labeled ‘Mr. Microscope’ by my family. But it is through this ability that I can communicate emotion and messages to large groups of people at the same time. That is my greatest strength.”

“When a client is at a loss for words or has tears in his eyes — and not just from sheer exhaustion — that is the greatest feeling.”

“With our in-house multimedia production, we can absolutely create an experience that rivals the Grammys or the Oscars. Couple that with our theatrical ‘show savvy,’ and now we have something that is far superior to the typical corporate awards show. If I see one more PowerPoint slide at an awards show, I think I am going to be ill!”