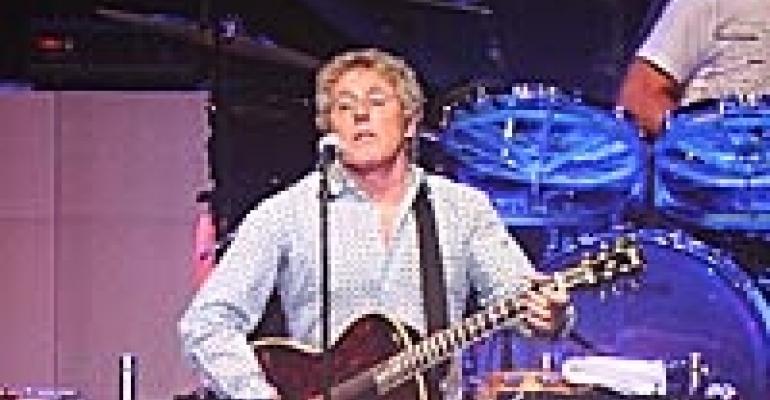 Hot and Not: What Event Segments Will Drive Business in 2012

Based in Houston, with offices in Hawaii and Las Vegas, Staging Solutions has been providing full-service event design, production and management to the corporate market for nearly 15 years. The company’s scorching Hot Pixel Action department gives it an extra edge, supplying Fortune 500 clients with media design, animation and graphics, and 3D video production and editing, among other services.

In 2012, Staging Solutions is tracking a steady rise in corporate meetings and conferences, with increased demand for big-name speakers and entertainers. Company vice president David Williams notes that clients are relying on A-list speakers and recognizable performers, who can “ensure that content is delivered and reinforced.” He points to a 2012 ConocoPhillips event, with a “Looking Back, Moving Forward” theme that glimpses “the prosperous times of the ’60s, one of the strongest growth periods in America’s financial history,” as he notes.

The event starts with a large Kabuki screen covering the stage, along with a video that introduces the event brand and connects current times with the ’60s. A clip from “The Ed Sullivan Show” marking the Beatles' U.S. debut cues the screen to reveal a Beatles tribute band playing classic Fab Four tunes, “bringing the ‘good-times’ days of the ’60s to the ballroom at the Westin in 2012,” Williams says.

Dropping off in demand in 2012 are “incentive travel and promo gifts” and features such as “open buffets in the back of the conference room,” which may keep people in the room but ultimately “distract from the messaging,” Williams says.

On the rise: altruism. “Whenever a big company is spending money on a large meeting, they like to find some way to give back, whether through raffles for charity, using local nonprofits as vendors, or recycling,” he notes. Also trending up: social media, “both to promote the event and interact during the event,” Williams says. “Social media can be used as a great ROI tool to measure the amount of conversations and traffic you generated on the Web, before, during and post event.”

Next Page: Precision Hits the Target with a Sharpshooter Focus

The development, design and production of brand-driven consumer events and experiential marketing projects are the core competencies of Precision Event Group, in business since 2001, with offices in Beverly Hills, Calif., and New York. Clients include some of the biggest names in entertainment, media, technology, fashion and retail, such as Bravo, Google, Sony, Chanel, Pepsi and Revlon.

For 2012 consumer-oriented events, “Our clients seek meaningful and organic ways for their target demographic—rather than just anyone off the street—to experience and interact with their brand, or partners’ brands, in authentic and meaningful ways,” says company president Jason Wanderer.

A prime example? “At this year’s Sundance Film Festival in Park City, Utah, we took over a gallery space and transformed it into a multi-room experience containing unique interactive branded engagements for both the Sundance network and partners Freecreditscore.com, Chase, Britta, Grey Goose and Stella Artois.” Rather than building a pop-up in Times Square, where exposure is vast but not targeted, the Sundance Channel “chose to activate at the Sundance Film Festival where their specific audience is concentrated,” Wanderer says. “We broke new records of over 1,500 consumers in attendance each day for the seven straight days the Sundance HQ was open.”

On the outs in 2012: stagnation. “Annual events that we have produced year after year with no major evolution are finally having new life breathed into them,” Wanderer notes. “We have had numerous corporate clients looking to Precision to reinvent projects and conceive new concepts and a fresh direction.” On top of that, he adds, “In 2012 I am seeing a strong demand for corporate events that allow for sponsor participation and integration.”

A producer of “artisan events and meetings,” according to its company branding, Chicago-based Oliveaire has built a devoted following in its seven years in operation. While weddings and social events account for 85 percent of its business, its corporate side is growing, attracting business clientele in markets including health care, pharmaceutical, financial services and energy.

“Our wedding bookings are up nearly 40 percent over last year,” says managing director Forrest Moody, which has prompted the company to bring in about 40 percent more seasonal staff for April through October to handle the business boom. Oh, and about those weddings—2012 brides, Moody notes, are mad for bling: “Crystals, glitz and candles are being requested for nearly 50 percent of our weddings,” with clients asking to add dazzle to mandaps (South Asian wedding canopies), centerpieces, aisles and more.

Along with weddings, corporate events are showing strength in 2012—perhaps due, in part, to Oliveaire’s determined effort to pursue them as the U.S. economy shows signs of improvement. “We slightly adjusted our company by starting a marketing campaign in the corporate market and having one of our event architects work solely in the corporate market versus having to work both the wedding and corporate" segments, Moody says. The change allows a designated Oliveaire producer to focus on the unique requirements of the corporate client, including strict budget limits, corporate objectives and messaging, and venue selection.

Careless spending is definitely out, especially in the corporate market. One way Oliveaire deals with tightening budgets is with theme design, which can be executed relatively inexpensively with creative utilization of decor, props and lighting, and “gives our planner contacts a point of reference when we are explaining event details,” Moody notes. On the attendee side, theme design “allows the guests to escape, even if it is only for a few hours.”

See the full story in the March-April issue of Special Events.