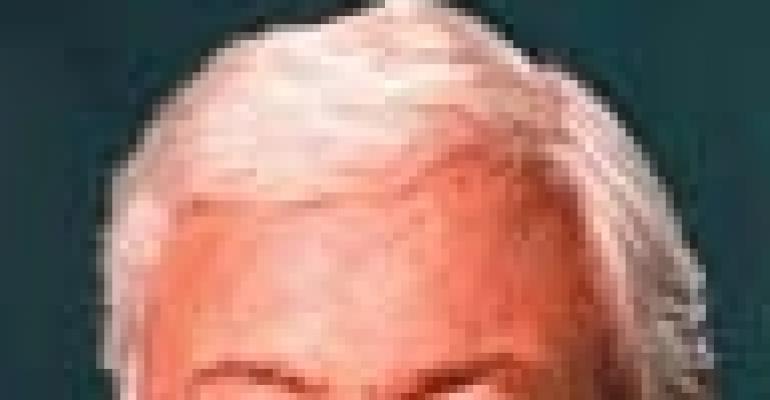 Although renowned for many talents--among them talk-how host and legendary game-show producer--Merv Griffin, who died Sunday at age 82, was a significant figure in special events. From his headquarters in Beverly Hills, Calif., his Griffin Group owned and operated the landmark Beverly Hilton hotel from 1987 to 2003, longtime site of the Golden Globes ceremony and the biennial Carousel of Hope Ball, which has raised as much as $6 million per event.

In a 2003 interview with Special Events, Griffin described how he revamped the hotel to make it a better venue for a televised awards show, which put the Golden Globes on the map.

PUT IT ON TV

"I put in a bridge that leads from the International Ballroom to about 20 rooms that can be used as dressing rooms," Griffin said. "The bridge also holds a lot of cabling and wiring where [TV crews] can run all their technical without having to bring in great big trucks and park all over the property. I redid the ballroom so that sightlines are absolutely perfect — no columns, nothing in the way — which made it very friendly to televise there or to hold big, highly decorated parties. One of the keys to the success of the Golden Globes is the fact that [the stars] are not sitting in a theater. The stars are sitting together, dining together — it's a camaraderie that you feel that you don't get from the stiffness of the Oscars or the Tonys."

"I gave a party in 1995 at my swimming pool [at the Beverly Hilton] and hired a local event producer," he related. "I was stunned by the party and the ideas that went into it. I thought, good Lord, what a business this could be! I then started putting together various event people to create a company. This venue is so incredible — it's such a large hotel with such great ballrooms and outside areas — you can give all kinds of wonderful events here. The minute I brought everybody in, they started [working in] places other than the Beverly Hilton, and suddenly it all came together."

AHEAD OF THE GAME

She remembers him as a "visionary." "No matter how much older he got, he not only stayed in touch with the times--he stayed ahead of them," she tells Special Events.

She recalls a big event MGP produced in the late 1990s for AIDS Project Los Angeles honoring then-Gucci designer Tom Ford. Her team was "somewhat concerned," she says, that the red-hot designer might find Griffin a bit "old-fashioned." Instead, "The first thing Tom Ford said was, 'Can I meet Merv?'" As a child, Ford watched Griffin's TV show, which featured such high-end designers as Bill Blass and Oscar de la Renta as guests, Cappelletti relates, a rarity at the time. "Tom said that Merv was a big influence on him, and the two made an immediate connection."

For the Golden Globes, MGP and Dick Clark Productions set the event apart from other awards shows by hosting all after-parties in the Beverly Hilton. "We moved mountains to make that happen," Cappelletti says.

She also remembers Griffin as "an entertainer, morning, noon and night," and someone with a great eye for fresh talent--"It could be a floral person or an entertainer."

Griffin also had "the best stories and history of anyone I've ever met," she adds. "He knew everybody; he interviewed everyone from Martin Luther King Jr. to Jerry Seinfeld. And he treated everyone the same, whether you were the person parking the car or the head of the company. He had an amazing graciousness."