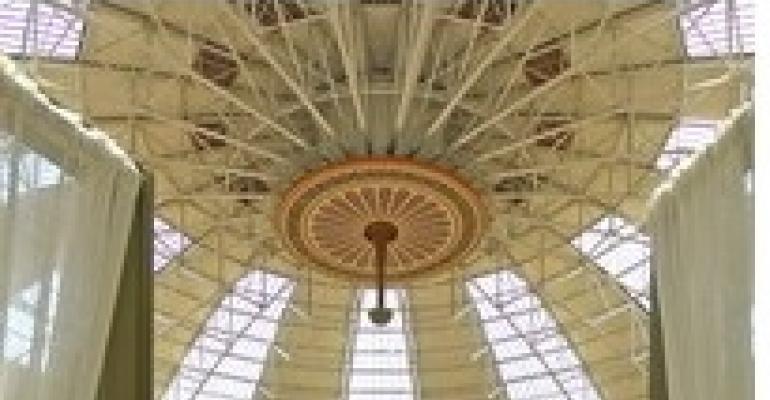 The hotel industry is building for future events: Not only is the industry in the midst of a construction boom, but existing properties are busy renovating their event spaces to better serve imaginative designers and planners.

In Los Angeles, a 124-room Ritz-Carlton Marriott is going in next to Staples Center downtown, and a 275-room Mandarin Oriental property, designed by famed architect Frank Gehry, will open in 2010 not far away. Industry analysts warn not to expect vacant rooms or reduced rates when the new hotels open; even at the high end, pent-up demand will eat up the new room inventory.

Nearly 300 hotels are set to open in Europe in 2008, according to industry analysts Lodging Econometrics. The United Kingdom has the biggest number of projects in the pipeline, with nearly a third of new rooms opening in London, "which is experiencing its best operating performance since the '90s," LE says. The boom in tourism that the 2012 Olympic Games, which the UK will host, will readily absorb the new capacity, analysts say.

Older properties must run to catch up, and they are undergoing a ballroom blitz.

For example, the West Baden Springs Hotel in French Lick, Ind., had been out of business since the Great Depression. But a $382 million-plus restoration returns the property and the French Lick Springs Hotel nearby to their former glory.

Debuting last summer, the West Baden Springs Hotel has a stunner of an event option in its 35,000-square-foot domed atrium. The decor reflects the improvements made to the hotel in 1917; the careful restoration includes Italian mosaic tile flooring, huge columns with hand-painted murals running down the sides, and an original 1917 rookwood fireplace.

The Banyan Tree hotel in Bangkok, Thailand, is only seven years old, yet required a big renovation to add a sorely needed ballroom. Hotel management converted some 4,445 square feet of office space into the warm-toned Banyan Ballroom, unveiled in August. The goal was to provide a sophisticated, stylish event venue, rather than an expansive, high-volume room. "One major difference in the design of the ballroom compared with other hotel ballrooms in Bangkok is that this event space looks out to the city streets, as well as allows for the warm glow of naturally transitioning daylight to enter," says Bernold O. Schroeder, general manager and senior vice president and managing director of hotel operations. "This in turn adds to the warmth and inviting atmosphere of the ballroom."

Other radical renovations are profiled in our November cover story; click here to read more.