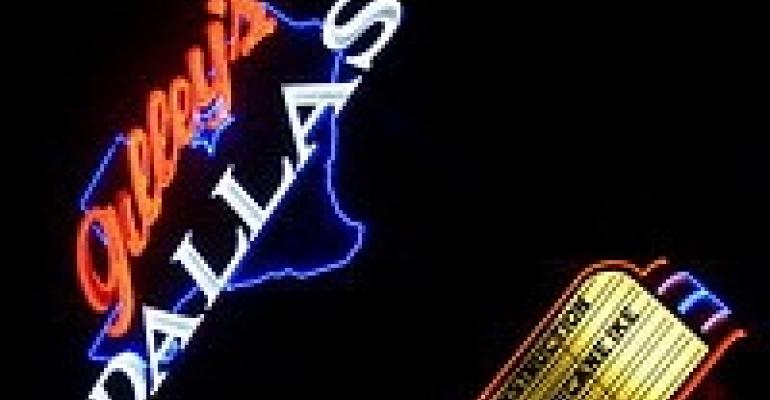 The event industry in Houston is beginning to resume normal operations in the wake of Hurricane Ike, which reached landfall in Texas on Sept. 13. Widespread flooding and power outages have made life miserable for thousands.

Deborah Elias, CSEP, CMP, head of Houston-based Elias Events, tells Special Events that her event business "is pretty much back on." She adds, "Right now, I'm trying to find a new location for a wedding on Oct. 11 since their current church is damaged."

Houston-based Catch the Moment has a less cheery forecast. Even though utilities are back on for his business and for the homes of all but two employees, "Business in Houston is currently off 70 percent," says company head Dick Didow. He predicts a return to normal in October.

Suffering without air conditioning or lighting, Jan Rocco, head of Houston's Party Props, ran her business last week by setting up a temporary office just outside her building. On Monday, her power came back on. "The phones are ringing and we are booking business," she says. "All of the events that canceled last week have rescheduled. It took us longer to recoup after [Hurricane] Katrina," which hit in 2005. She adds, "It is amazing to see the resiliency of the people of Houston and how everyone is helping to take care of each other."

Indeed, the big hearts of Texas event professionals are at work to aid their industry brethren. ISES Dallas chapter members hosted a fundraiser last night--dubbed "Production for Reconstruction"--that raised more than $25,000. The event was intended to "get everyone to help in any way possible," says Marla Werst of Dallas-based PeaPod Productions.

The idea for the fundraiser came after staff from Outstanding Productions and Fauxcades, both in Dallas, volunteered at American Red Cross shelters and saw the need for cash suppport. "Everyone was feeling so helpless as we began to see and hear what our neighbors to the south were going through in the aftermath of the storm, “ says Raymond T. Shelton, Fauxcades national sales director. “So we decided to do what we do best--put on a fabulous party!”

The fundraiser took place at Gilley's Dallas, of "Urban Cowboy" fame, with support from its in-house G-Texas Catering arm. For the auctions, local donors gave everything from dining certificates to a 40-inch plasma TV to a shih tzu puppy. "I’ve been in the event industry for over 15 years on the nonprofit side, and it would have taken a whole year to put together an event this size," Shelton says. "But with the help of all of our generous colleagues, we were able to do this all in one week!”

ISES Dallas chapter also added a "Causes" section on its Facebook page. "The money raised will go directly to the Red Cross and help out relief victims, without having to go through any red tape," Werst says. "We know this is a small step toward the bigger picture, and hope it will encourage others to give of time, money or spirit. A lot of folks are still without power or water, and maybe we can help just a little bit."

Houston-based DMC Cosmo Cool Concepts has launched its "Ike Relief Fund" to help clients, vendors and venues get back on their feet. "Donations as low as $6 buy a family ice for a day," notes Cosmo's Samara Beth Hurley. "So every little bit helps." The fund is backed by local ISES, MPI, NACE and CVB organizations, she says. For more information, click here.

As always, disasters prompt the need for event rental companies to step in with vital shelter and power.

Even though the headquarters of Houston-based Aztec Events & Tents suffered extensive roof and water damage from Ike, the company was quick to set up its own temporary tent offices and went back to work renting generators and HVAC units. "During the past week, we installed several work/sleep storm camps for various Louisiana and Texas utility companies," notes Aztec president Todd Johnson. On Monday, "We began installation of a 30-by-80-meter storm camp in Galveston for the state of Texas." He adds, "We have a large dedicated and caring staff and they want to help as much as possible. Even though we are working in tents, we aren't missing a beat when it comes to taking care of our customers. We are proud of our equipment and our people."

M&M The Special Events Co., with operations in Chicago and Dallas, has been partnering with Texas utility Oncor to provide temporary shelters, restrooms and showers for workers restoring power in Houston and hard-hit Galveston, Texas, notes company president Mike Berk. M&M has also provided tables and chairs to the city of San Antonio for its relief centers, plus additional tenting and utilities as needed. "We are happy to offer whatever help we can in these difficult times," Berk tells Special Events.

If anything, Texas event pros have kept their sense of humor. Even though her utilities at home and the office are working well, Elias says she regrets not having her cable TV. "I miss 'Project Runway,'" she jokes.

For links to sources of disaster relief, including ISES and SEARCH, click here.