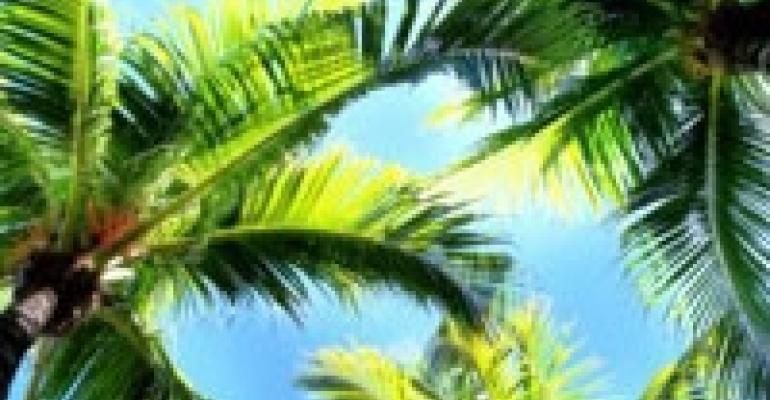 When Patti Coons, CSEP, makes a promise, you can bet she'll live up to it. Twelve years ago, she and a colleague, Marilyn McIver, were dining in Maui when someone asked if either of them could break a $20 bill. In a moment of spontaneous mischief, Coons ripped it in half and gave it back. "We finally gave them their money, but I took one half and Marilyn took the other, and I said, 'We'll put this back together someday when we have our own company.'"

Guess what? Eight months ago McIver joined Patti Coons & Associates International, Orlando, Florida, a full-service event production firm, as national director of sales. "I have my half of the twenty," Coons laughs, "but she's still trying to find her half."

It's serendipitous occasions like these that typify Coons' approach to the special event industry, where she acknowledges that the keys to success are establishing camaraderie with employees and clients and forging personal alliances out of business relationships.

Coons, after living and working in California, Hawaii and New Jersey, landed in Florida nine years ago the way so many people do-on the heels of a trip there. She was also searching for the perfect combination of geographic attraction and mental stimulation. When you're sitting in Disney's back yard, it doesn't get much better for an event planner. Coons lives in the Metro West subdivision behind Universal Studios, but her residence may as well be the Orlando International Airport, given her constant travel schedule. "We're not a company that specializes just in the city it's in," she says. "We travel with our clients all over the world."

In fact, business is so good that Coons launched PCA Events Caribe last September with offices and a warehouse in St. Thomas, Virgin Islands, to handle special event production in the Caribbean. Corporate headquarters remain in Orlando. This branching out, she says, was the first step in the company's plan to "stretch its legs" and find alternative business sites in the United States. Next up are offices in Grand Cayman.

Despite some different tax laws, working on an island hasn't been a problem for Coons, whose 17 years in Hawaii included jobs in television show design and production management for rock 'n' roll tours. "Dealing with an island and all the pitfalls that come with it is something I am familiar with," says Coons.

Before Coons fell in love with the special event industry, she had a passion for television design and community theater. Having a father-in-law in the entertainment business (he did voice-overs and had a children's show in Chicago) sparked her interest. And it didn't hurt that she grew up in Los Angeles "in and among all the movie brats and different people who were actors when I was in school, such as Mickey Dolenz and Patty Duke. Entertainment's been right there in my face all along. I don't think I had a chance not doing this."

Coons left Hawaii in 1987 and moved to New Jersey, hoping to familiarize herself with New Yorkers and the New York style because so many of her clients were based there. It was while working in the Tri-State area that she began her habit of traveling with clients. But she knew she wouldn't be in the Northeast for long. "Besides," she says, referring to her first Florida business trip, "I'm not a snow bunny."

She describes Orlando as an exciting city and can't say enough about the opportunities to work with the Disney properties.

"There's so much going on in the arts, especially the business that we're in, and there is no better teacher or mentor in the business," Coons says. "What they (Disney) turn out is just amazing. Their set and design style is incredible."

Coons often works with Disney Business Productions, which happens to be in charge of all animation for the 1999 Gala Awards Ceremony at The Special Event this month in Orlando. Coons is executive producer for the Gala, and one of Disney's designers is putting Coons' design ideas into a cohesive pattern for the awards ceremony and celebration.

"I just find it incredibly stimulating to go to a meeting or design and concept brainstorm session at Disney Business," she adds. "What comes out of them is always inspirational."

Overseeing production for both of Coons' companies is vice president Shari Hirsch, who also will serve as associate producer for the ballroom activities during the Gala Awards Ceremony. Hirsch has been with Coons for three years and is the daughter of Linda Surbeck, who owns Master of Ceremonies, a corporate event planner in Louisville, Kentucky. "Shari was raised in the business," Coons says. "She was trained very well."

When not on a plane, under a tent or in a ballroom, Coons seeks solace on the golf course. Her passion remains unceasing, but finding time for a round is nearly impossible for Coons, who works seven days a week and refuses to play in Florida's unbearably humid summers.

"Being on the golf course, you're outdoors, feeling healthy and happy, and it's a great place to have design inspirations," she says.

As part of her succession process ("I call it an exit plan"), Coons is gradually assembling a team to move PCAI into the future. She's spending more time with her grandchildren, Nicholas, 11, and Taylor, 6, visiting-of course-places like Disney Quest or Sea World and soaking up ideas from other event planners.

When she does retire, it will probably be near her business in St. Thomas, but don't look for that any time soon. "I can't imagine being in a better business. I can't think of anything more rewarding to do."