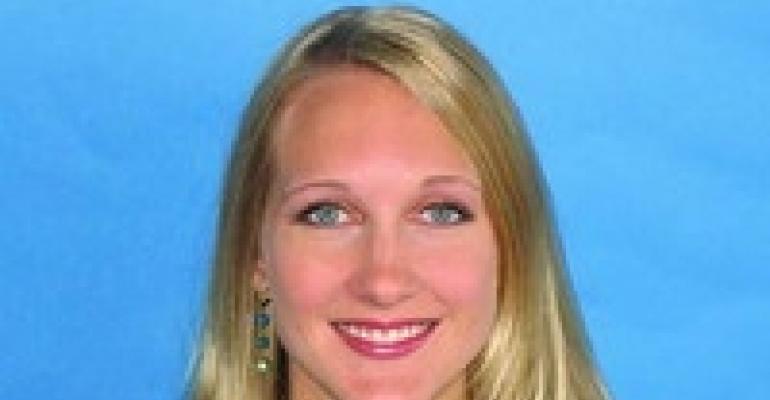 Jessica Richardson Gets New Orleans Hornets Back on Track

When Jessica Richardson left New Orleans post-Katrina for Oklahoma City, Okla., with the National Basketball Association's Hornets, it was with a heavy heart — and no idea when or even if she or the team would return. But return they did two years later, in 2007, to both a winning season and a whole new set of challenges for Richardson, now the team's director of marketing after five years in the director of special events and promotions post.

“I love this city. I'm so fortunate to be back,” says the Louisiana State University grad and die-hard civic booster. Now, she notes, her job is to communicate the Hornets' commitment to the team's still-healing hometown. “Not just that we're here to stay,” she says, “but that we're going to be part of continuing to improve the city.”

Events, with their unique ability to engage participants, play a significant role in the team's overall marketing campaign. The Hornets' annual charity gala, for instance, allows guests to not just watch team members ham it up on stage and on the auction floor, but lets them actually sit and dine with star players of their choice.

Perhaps even more important to fostering the team's renewed relationship with New Orleans are the Hornets' many fan-centered events.

Whether it's an open practice, where fans get to watch players hone their skills and on-court entertainers such as the Hornets' wildly popular junior hip-hop dance team strut their stuff, or a pre-season pep rally where the downtown business crowd can gather in a local park at lunchtime, “We're giving them a taste of what they'll get at the game,” she says, “And they leave wanting more.”

And then there is the community-improvement work that constitutes a major part of Richardson's marketing approach and a major point of pride in her profession. Among ongoing projects are Hoops for Homes, which teams the Hornets with Habitat for Humanity to build houses for public school teachers. Another favorite is the Hornets' wildly branded bookmobile, which invites students to climb on board for book-borrowing and fun with the team's mascot and dancers.

Of her marketing efforts, Richardson says, “There is great satisfaction in seeing the end results when I walk into that arena.” She adds, “Having an NBA franchise puts New Orleans in front of the country and the world every day, and that's a great feeling.”

“What I'm most proud about is the fact that I'm doing what I do with a team that came back to New Orleans despite the naysayers. When we get feedback from visitors to the city and they say what a great time they had at the game, and in New Orleans in general, and they seem surprised about it. But we're like, ‘We told you!’”

“The hardest part of the job is the hours. Sixty- to 70-hour weeks are not uncommon, [nor are] working weekends. As years go by, and we get more and more settled back in the city, it will be a little easier. Luckily, I love what I do.”

“One thing with events is you're usually trying to keep strict control on what's happening. But with players, I've learned, sometimes when they're doing their own thing, you have to just let them go with it. People want to see their personalities. We had one gala where a player got up and wanted to sing, and another wanted to play drums. I knew it could be awful. But it doesn't matter. They're who people want to see. You could never script that.”