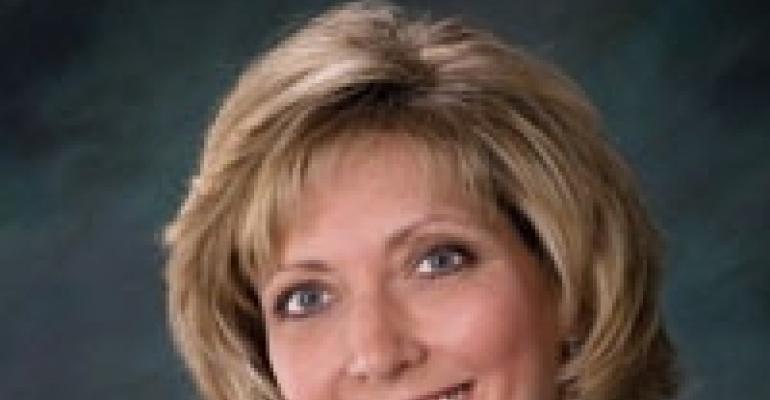 When Kelley Gillespie graduated from Virginia Tech University in 1983 with a degree in marketing and management, she knew she wanted a career in hospitality. It just took time to find the perfect fit.

After a stint in an administrative job, she joined Walcoff & Associates, a meeting planning firm in northern Virginia specializing in work for the federal government. There, “I developed those critical logistical planning, contract negotiation, technical writing, and hotel food and beverage management skills necessary for any fast-paced, short-term conference or event,” she says. “But I still yearned for the creative side of the industry.”

Finally, in 1994, Gillespie joined Washington planning firm Courtesy Associates. Planning major events for the U.S. Agency for International Development in Eastern and Central Europe, “I worked 60-hour weeks in a high-stress job,” she says. “But I loved it.”

Gillespie might have continued her globe-trotting had it not been arrival of her first child in 2000, born 16 weeks premature. “Everything came to a standstill,” she recounts. Happily, Gillespie's son thrived, and a year later she became pregnant with her second son. Assigned to strict bed rest for five months, Gillespie had to give up her job and reevaluate her goals. And that may just have been her best career move.

Today, Gillespie owns GEM Events, a Washington-area event planning firm. Not only did she just complete her tenure as president of the Greater Washington D.C. chapter of ISES, she also consults with Washington-Baltimore area DMC CSI-Capitol Services Inc. Here, her work has included such high-profile parties as President George W. Bush's 2005 Ranger Donor inaugural events, which recognized those who contributed $250,000 or more to his campaign.

For the group's major event, Gillespie had to contend with surprise Secret Service sweeps, security scans of all food, beverage and staff, and an RSVP count that suddenly doubled two weeks out the moment conservative talk-show darling Sean Hannity was announced as the guest speaker. A week before the event, her team had to wire the historic venue for cable coverage. How to pull it all off? “It's all who you know in this tightly knit town,” Gillespie says.

Fortunately, the veteran planner happens to know just about everyone in the biz in D.C., so, she says, “The event was extremely successful in the end.”

“I am really proud of my work with the March of Dimes,” the foundation devoted to protecting against birth defects and premature births. “I've always volunteered as a way to give back to my community. Because of my son's prematurity, I joined the board of March of Dimes as communications chair and have planned their Signature Chefs event for the last few years, each year raising more money. I would love to raise a million dollars for them to fund research to prevent premature births — I'm halfway there. If only one family could be prevented from going through what we did, I would consider myself a successful event planner.”

“D.C. is such a hybrid of cultures. We have 150 embassies, the largest association market in the country and a very diverse population. We're highly educated and have some of the highest-income ZIP codes. Our event industry is huge, and we have the largest ISES chapter in the world, at almost 700 members. The event industry is made up of people who know each other, [so] competitors work together all the time.”