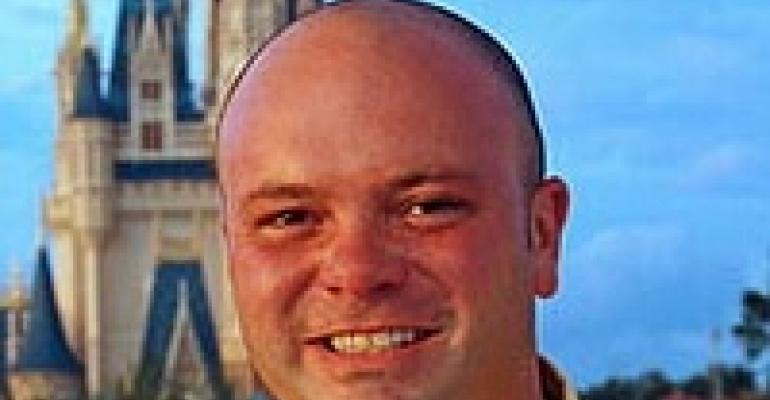 Many children dream of working at Walt Disney World when they grow up. Kris Shea, CSEP, made that dream come true. The Walt Disney World Park Event Operations event manager got his start early on as a cast member (Disney-speak for park staff), but jumped at the chance to work on temporary assignment with Walt Disney World Event Services on the group's Millennium Dreamers event back in 2000. That experience sealed the deal for Shea, who found an opening on the Disney event team, interviewed his way to a permanent position and has never looked back.

As event manager, Shea is responsible for logistics and communication among the many partners — from entertainment to food and beverage to marketing — involved in the complex production of Orlando, Fla.-based Walt Disney World's largest events. Among his projects Shea counts Disney Grad Nite and Mickey's Not So Scary Halloween Party and Mickey's Very Merry Christmas Party.

With so many players taking part in production, Shea identifies the toughest part of his position as “having to step back and look at the big picture — and it is a big picture — and understanding how a decision made in one area might impact another.” Take, for example, one team's desire to give away a particular promotional item at an event. “They may not realize it takes the labor of 10 to 15 cast members to distribute the item. It may seem simple to them — ‘Just give this away for us’ — but it does impact so many other things.”

While keeping production partners coordinated, Shea never takes his eye off his end clients, the all-important park guests. As the global economy has tightened, guests “have certainly become more budget-conscious, and they want to see the value in any experience before they decide where to direct their spending,” Shea notes. For Walt Disney World Park's guests in particular, that value comes from a delicate balance: “Our guests are very familiar with the product we have and they want that, but they also want something new,” he explains. Not only does the event team have to enhance annual events with new features every year — still maintaining the beloved Disney brand experience — but it also has to tread lightly when it comes to altering the park's landscape to accommodate special events. “When we make the decision to close [an attraction] or change something in the park for an event, it's definitely a calculated decision,” Shea notes.

The man behind many of the Magic Kingdom's big events may operate in the un-magical world of logistics and communication. But that doesn't mean Shea is immune to the emotional clout of the Disney experience. Case in point: the 2009 collaboration between Walt Disney World and U.S. Citizenship and Immigration Services on the naturalization of more than 1,000 citizens at the park. “As with any large event, there were countless hours and many sleepless nights leading up to it,” Shea recounts. But on the day of the event, “It was incredible to see how proud these new citizens were to have been naturalized, and especially gratifying to hear many of them say how special it was that their dream of U.S. citizenship was fulfilled in front of Cinderella Castle in a place where dreams come true.”