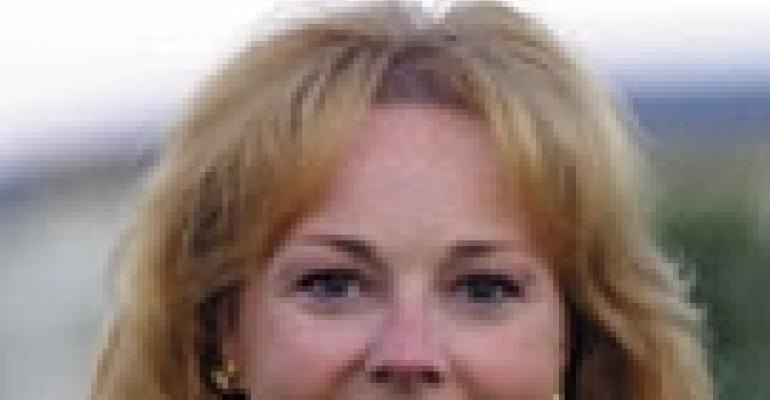 PAULA FENNER, DIRECTOR OF CATERING AND CONVENTION services at the Westin Stonebriar Resort in north Dallas, got her event-planning career off to an early start.

As a teenager in a “very, very small town” in Texas, Fenner took charge of a community celebration surrounding a name change for the town and its streets. “That was the first party I planned,” Fenner says. She notes that the television show “Hotel,” which debuted around that time, further fueled her desire to get into events. “I saw Connie Sellecca, and I thought, that's what I want to do. I want to be like that,” she says, referring to Sellecca's hotel manager character. “It was that or be Julie on ‘The Love Boat,’ but those living quarters were way too small.”

Maintaining her good humor and honing her design and production skills, Fenner has turned her childhood ambitions into 19 years of professional catering and event planning.

In September, after 2 1/2 years as director of catering at the Hotel Inter-Continental in Dallas, Fenner moved to her current position with the Westin Stonebriar. She says a desire to return to a resort setting — an environment in which she had worked earlier — motivated her move. “The groups [at resorts] are just a little more diversified,” she explains. “I like working with upscale events, more intimate-size groups.” She notes, “At the Inter-Continental we had 100,000 square feet of space, and we produced $10 million a year in food and beverage. Here at the Westin, we only have 24,000 square feet, but we produce $6.5 million a year. We're very high-end.”

Fenner, who estimates she will produce close to 100 social events and 200 corporate conferences this year, admits that the social celebrations hold a special allure for her. “With bar and bat mitzvahs, you're dealing with mothers who have been waiting for that day ever since their child was born,” she says. “Weddings are so much fun because the bride has had the vision since she was a little girl playing with Barbies.”

But whether the event is corporate or social, Fenner says her essential job is the same: “selling memories.”

With her numerous achievements in catering — including helping the Inter-Continental Dallas win the 2000-2001 Special Event of the Year Award given by the Dallas/Ft. Worth Chapter of MPI — Fenner says her proudest accomplishment has been her work with NACE and ISES. “I'm so motivated by my association work, and I get to surround myself with the most creative and exciting people. That constantly pushes me to be the best that I can be.”

Fenner has a simple explanation for her success; she says her favorite aspect of her job is “waking up every day knowing I get to do what I love.”

“I constantly have my guests asking for items that they've experienced at some of the top restaurants. What you as a catering manager have to learn is what is actually feasible to recreate, how it holds up in a hot box. Will it stand up under your plate domes? How labor-intensive is it to make the item for one person versus hundreds of guests? What we need to do is listen to what our clients are asking for and work up our own creative variation of that menu.”

“One thing people want is action stations, [but] they're tired of carving stations and pasta stations. We're doing things like lobster taco stations or risotto stations or bruschetta stations, or stir-fry that you serve in little Chinese take-out boxes, or stuffed mushroom stations [and] different variations on mashed-potato martini bars. Anything that creates excitement and produces great aroma.”

“Instead of calling six months to a year out, clients are calling 30 days out and wanting to do a conference for a hundred people for several days. The sad part is that you've got the space to be able to do it. That didn't happen before.”