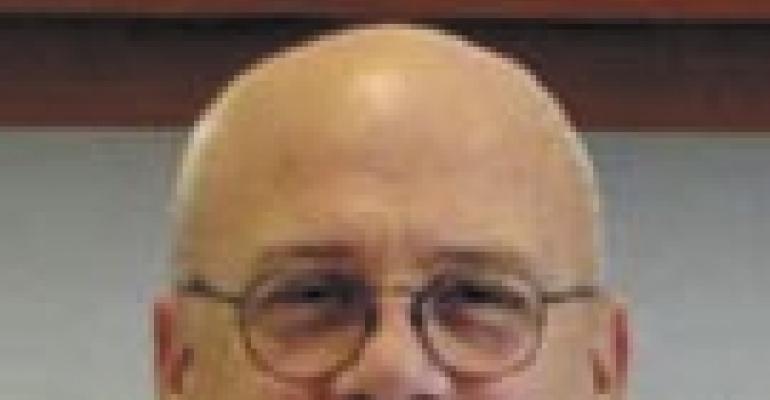 IN 1967, When Steve Frost started working at his father's tenting company as a self-described “after-school dishwasher/truck-sweeping schlep,” a career in tenting was the furthest thing from his mind.

“The one thing I did know at age 18 was that I was never going to do this for the rest of my life,” he says. So, what changed? “I went to work for other people and realized there that working for myself in the tent and party rental business was better than working for someone else.” Now president of Stamford, Conn.-based Stamford Tent and Party Rental, Frost tents more than 1,200 events a year, and provides everything from dance floors to dinnerware for close to three times that many celebrations annually.

With 35 years of tenting experience, Frost says he has seen many changes in his industry. Most notably, “When I first started it was all canvas tents, all pole tents,” he explains. “Now everything is vinyl laminates. Tension-style tents are very big. Frame tents are huge, as are the European-style clear-span structures.”

Of his approximately 12- to 14-million-dollar annual revenue, Frost says 75 percent his business is in the New York tri-state area, though his company serves events from Virginia to Maine.

A New England wedding at an oceanfront private residence in June put his understanding of the Eastern seaboard landscape — and his tenting skills — to the test. After “hours of thinking and designing and planning and creating,” he says, he had a custom clear-span structure made to accommodate the 400 guests and meet the demands of the terrain, which “went up and down, over rocks, up a hill.” Frost and crew used a 210-foot boom to lift the main tent up, then bolted it to a sea wall. When a sudden storm pummeled the area with 66-mile-per-hour winds just minutes before guests were scheduled to arrive, the main tent remained sturdy. But the event's cocktail tent, a frame structure, blew over the sea wall and onto the rocks. “We went in with the lighting company and caterer and literally picked it up and put it back in place before the guests got there,” Frost says. “It was a phenomenally intense experience.”

According to Frost, it takes a special kind of person to work in such a harrowing environment. Finding and holding onto such people is “a major accomplishment” and a source of real pride, he says. “I could never do this without the people who work with me. Give me a good positive attitude, an optimist with a good work ethic, and I can teach them tents.” At some point, he adds, nature takes over. “We joke around that you get ‘addicted to the vinyl.’ Once it's in your blood, you're not going anywhere. There are people who are hooked on events — they love the pace of it. That's what you have to find.”

“I really like to talk to the end-user if it's at all possible. Most of the planners and decorators and caterers that use us are confident that we're not going to go behind their backs or undercut or undermine them in any way. Our talking to the client is in their best interest, so, most of the time, they're happy for us to do that.”

“We've been growing at over 20 percent a year for the past 10 years. We really felt that it was time to throw the brakes on and say, ‘Let's go back and fine-tune this thing and really make it hum again.’ … The one upside of the economy going down, for us, is it's going to help us to get a handle on that. Our forecasts for this year were far less than those for previous years, and that was by choice.”

“The best part of my job is making people happy. I really like being able to come up with creative solutions to the challenges our customers throw at us. I like the letters we get the week after the event — and we get a tremendous number of them — where people tell us, ‘If it weren't for you, this event wouldn't have been as successful.’ All the money in the world couldn't be worth more than that.”