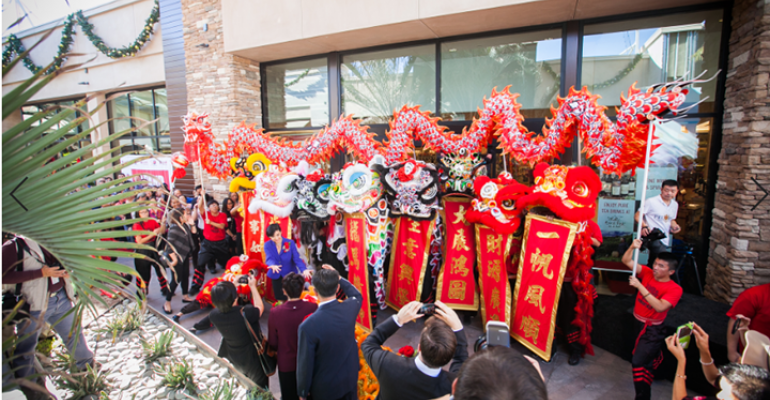 Lunar New Year – Celebrating The Year of the Tiger

Ready to ring in the Lunar New Year with fun and entertaining event ideas? Take your Lunar New Year Celebration and spruce it up in time for the 2022 Year of the Tiger. The long-time celebrated occasion is a time to commemorate prosperity, health, and good fortune with friends and family.

Chinese Lunar New Year is the perfect opportunity to learn about your employees’ and clients’ cultural traditions and backgrounds. Recognizing and celebrating their racial, ethnic, and cultural backgrounds is an effective strategy in building long-lasting relationships with them.

Lunar New Year is traditionally celebrated with banquet-hall gatherings, gift-giving, fireworks shows, dragon dances and parades that attract huge crowds to Chinese communities. But since the pandemic started, companies and organizations have been finding creative ways to keep the tradition alive. Since then, Lunar New Year virtual events have been a great resource for companies looking to celebrate diversity and inclusion as part of their culture.

Dumplings, noodles, and tangerines are just some of the elements that make this celebration tasty and flavorful. Activities also include giving out red envelopes, calligraphy classes (virtual), lighting lanterns and firecrackers.

Some other fun Lunar New Year tips are:

Here are Some Fun Facts about the Lunar Year!

The most notable dates of the Chinese Lunar New Year 2022 are these three days:

Lunar New Year, Chinese Chunjie, Vietnamese Tet, Korean Solnal, Tibetan Losar, also called Spring Festival, the festival typically celebrated in China and other Asian countries that begins with the first new moon of the lunar calendar and ends on the first full moon of the lunar calendar, 15 days later. The lunar calendar is based on the cycles of the moon, so the dates of the holiday vary slightly from year to year, beginning sometime between January 21st and February 20th, according to Western calendars.

Approximately 10 days before the beginning of the new lunar year, houses are thoroughly cleaned to remove any bad luck that might be lingering inside, a custom called “sweeping of the grounds.” Traditionally, New Year’s eve and New Year’s day are reserved for family celebrations, including religious ceremonies honoring ancestors. Also, on New Year’s day, family members receive red envelopes (lai see) containing small amounts of money. Dances and fireworks are prevalent throughout the holidays, culminating in the Lantern Festival, which is celebrated on the last day of the New Year’s celebrations. On this night colorful lanterns light up the houses, and traditional foods such as yuanxiao (sticky rice balls that symbolize family unity), fagao (prosperity cake), and yusheng (raw fish and vegetable salad) are served.

The Lantern Festival, also called Yuan Xiao Festival, is a holiday celebrated in China and other Asian countries that honors deceased ancestors on the 15th day of the first month (Yuan) of the lunar calendar.

The Lantern Festival aims to promote reconciliation, peace, and forgiveness. The holiday marks the first full moon of the new lunar year and the end of the Chinese New Year (see Lunar New Year).

During the festival, houses are festooned with colorful lanterns, often with riddles written on them; if the riddle is answered correctly, the solver earns a small gift.

Festival celebrations also include lion and dragon dances, parades, and fireworks. Small glutinous rice balls filled with fruits and nuts, called yuanxiao or tangyuan, are eaten during the festival. The round shape of the balls symbolizes wholeness and unity within the family.

Use the chart below to discover your Zodiac Animal and corresponding personality traits based on the year you were born: