View Our Webinars!
Featured
Mouthwatering Menu Trends for the New Year
Apr 19, 2021
Who's News in Special Events for July 15, 2021
Jul 15, 2021
Designing Inclusive Events with Pawntra Shadab
Jul 14, 2021
How Simple Market Research Will Make You a Stronger Marketer
Jul 14, 2021
Special Events
brought to you by 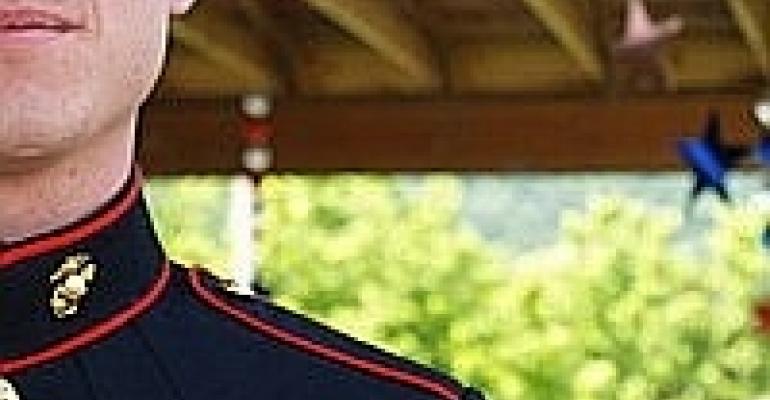 Although the military ball is a long-standing tradition, the event industry near Fort Bragg, N.C., is seeing a new surge in business this year from troops and their families celebrating the service members' return from Iraq. These military balls have grown recently into more upscale events.

Such events have traditionally been held on the base. But Windy Lawson, director of sales and marketing with Fort Bragg-based Crown Center, notes that the venue's Crown Expo Center has been the site of four military balls already this year, with another four on the books. "This is the first year we've been really active with these events," she says. Centerplate is the caterer at the venue.

Fort Bragg is the home for the XVIII Airborne Corps and the 82nd Airborne Division. The US Army Special Operations Command and the US Army Parachute Team--the "Golden Knights"--also call Fort Bragg home.

The balls are hosted by the FRGs--Family Readiness Groups--which stage various morale-building events for service personnel and their families throughout the year.

Cynthia Ross, head of Fayetteville, N.C.-based Designs by CP Ross, who has received referrals for decor services for the balls, says the events average about 800 guests. "We've just been doing these the past four months," she says. The decor was "bare bones" in the past and did not include the use of a professional decorator, she says, but that is changing.

Though some events want a patriotic red, white and blue color scheme, not all do, Ross says. "Most like to do some decor around their unit's colors or unit emblems," she notes. The balls usually include video screens showing images from the unit in Iraq, she notes. And they invariable have a "fallen soldier" table in the middle of the room, which is spotlighted and may feature empty chairs or pairs of empty boots.

Ross sees the growing sophistication in military balls as both well-deserved celebrations for the troops and a new market for event pros. "The event designers who are near military installations are missing a prime opportunity for revenue," she says. "This is good income when everyone continues to chase corporate events."

How to (Politely) Set Expectations with Clients as We Head Into Larger Events
Jul 28, 2021