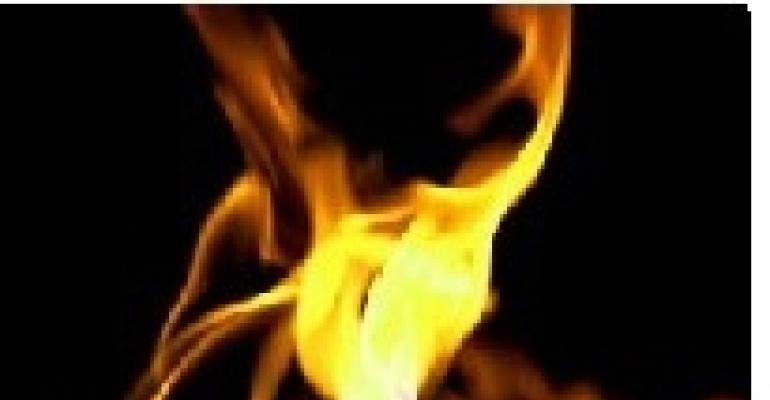 It's wildfires in the West, drought in the Southeast. The result is colossal challenges for event professionals.

At press time, wildfires are raging through large areas of southern California, with the danger particularly acute in San Diego.

"Ninety-eight percent of all events have been canceled for this week," says Philip Silverman, head of Raphael's Party Rentals in San Diego. "However we work closely with the sheriff's department and the city of San Diego. We have rented out over 250 beds." For San Diego's Qualcomm Stadium, to which many refugees from the fire have been sent, Raphaels has delivered 150 heaters and 200 tents, Silverman says.

The fires have shredded normal operations. "About 30 percent of our staff can't get to work or have been evacuated," Silverman says. "We are, however, keeping four emergency crews to go out as needed. It has been hard to get around, but we are doing what we can. Over the last hour [Tuesday], the Red Cross and the Salvation Army have called for equipment, such as convection ovens and cooking equipment, as well as table and chairs," he adds. "We are also delivering tenting, tables and chairs for the command centers for the fire department."

Yet the capricious nature of the fires has meant that other event operations have been spared.

A-1 Event Rentals in Covina, Calif., has seen "no negative affect on our business this month," according to general manager Albert Funfstuck. Road closures have mean that some A1 employees have had trouble getting to work, but "They are still able to make it to work," he says. "We have supplied a structure to help house the families and pets that have been evacuated from the Lake Arrowhead/Big Bear areas at the San Bernardino National Orange Show Center," Funfstuck says.

The San Diego chapter of ISES has reached out to members with a call for donations. For more information, visit redcross.org.

Although the fires in southern California have attracted plenty of attention, a dangerous drought is plaguing the Southeast. Atlanta could run out of drinking water within weeks, officials warn.

Atlanta-based catering company A Legendary Event has not lost business, according to founder Tony Conway. "If anything; our suggestions to our clients of not automatically serving water on seated dinners and only offering on request has been very well received," he says.

The company is adapting to the drought by using bottled water for bar service and dinner service.

"We have not raised prices," Conway says, "but have changed operations to now run a limited scheduled dishwashing system instead of the entire day. We are only using bottled water for events."

To help ease the water crisis, "At this point: we have ceased all watering of our lawn areas, we have turned off the drinking water fountain in our company and are only using bottled water, and we are limiting the washing of the trucks from daily to now twice per month," Conway adds. "With the rain today [Tuesday] and yesterday, we also collected run-off rain water to use for washing down the driveways at our building. And," he jokes, "We are offering vodka instead of water!"

Ironically, the wide reach of the event business means that one region's problems affect other regions.

"The drought in Georgia has not affected our meetings and events business, as most of it is outbound," explains Phelps R. Hope, CMP, vice president of meetings and expositions for Atlanta-based Kellen Meetings. "We could be affected by the southern California forest fires, as we have a conference booked into the Rancho Bernardo Inn, about 30 minutes outside of San Diego. We are currently looking into a backup facility in downtown San Diego in case the situation worsens."