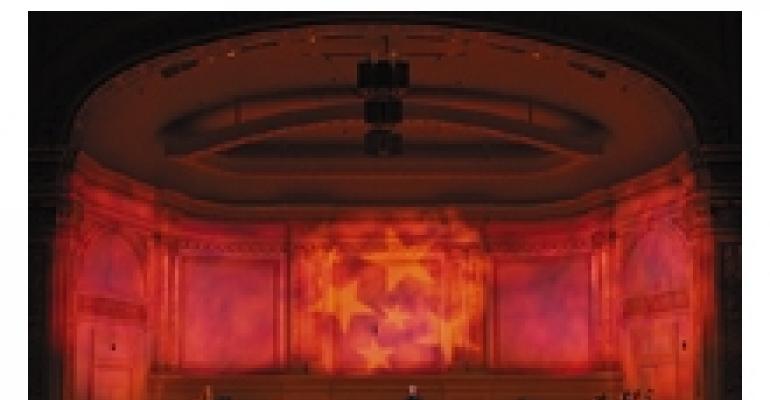 TWENTY-three might be youthful for a Hollywood starlet or a particularly fine wine. But for a cultural institution — the New York Pops, in this case — 23 is a venerable age indeed. All the more reason, then, that the orchestra's 23rd anniversary gala could benefit from the know-how of an event pro who understands the importance of building buzz in a new generation of potential Pops devotees.

That's where Catherine Saxton comes in. The head of the New York-based Saxton Group turned her PR and management powers toward making the Pops' May gala appeal both to longtime fans and to “young people, who don't generally go to these kinds of concerts or listen to music,” Saxton says, “unless it's on their iPod.”

An evening of red carpet entrances and celebrity photo-ops, the “Celebration of the Piano” concert at Carnegie Hall honoring Pops founder Skitch Henderson kicked off the Pops gala.

The concert's main objectives, Saxton says, included not just celebrating the popularity of the Pops but also engaging younger attendees — some of them members of the Pops' Young Friends Committee, others students from local public schools, who were invited to experience the band firsthand.

To assemble an ideal concert lineup for the cause, Saxton worked with her client to bring in a diverse group of music industry heavyweights, including Atlantic Records founder Ahmet Ertegun, vocal legend Liza Minnelli, pianist Van Cliburn and rapper Kid Rock.

While the mix might seem risky, Saxton says it worked because of the energy the musicians brought to their performances. When a prize-winning pianist took the stage, for instance, the audience “thought they'd died and gone to heaven — even the schoolchildren up in the balcony,” Saxton says. The performer “was young and vibrant, and they'd never heard anything like it.”

Later, when Kid Rock came out with his guitar, Saxton says, “A lot of people in the audience were going, ‘Who the hell is this?’” And, when Saxton heard the singer exhort audience members to “get off your {rear ends}, get up and dance!” she admits she had an anxious moment. “I'm thinking, ‘What did he just say?’” But the rapper's onstage rapport with concert conductor Marvin Hamlisch and his enthusiasm for the task at hand — “a celebration of American music,” says Saxton — won over listeners.

Following the 2,800-attendee concert, an intimate post-show dinner gave Saxton a chance to demonstrate both her fundraising finesse and her ability to overcome obstacles.

The first of the event's challenges was the closure of New York's Plaza Hotel, which had traditionally been the site of the Pops gala's after-concert gathering. While the New York Athletic Club offered a hip alternative to the iconic hotel, Saxton says, the club's 400-seat limit — 200 fewer than the Plaza — posed a problem. “We really need 600 to be at our {fundraising} optimum,” Saxton says. “With 200 more people, you can make a lot of money.”

To make up the seating shortfall, the event organizer determined that a live auction, led by Sotheby's vice chairman Jamie Niven, could bring in the extra bucks. Saxton went one step further by persuading music mogul Damon Dash, one of her clients, to donate an auction package worth $50,000, which included 10 pairs of sneakers and a platinum watch.

In addition to selling out the dinner, Saxton managed to generate an additional $100,000 with the event's auction — the lifeblood of the Pops' educational programs and free summer concerts.

The gala's dinner likely will move to a different venue next year because, “It cramps your style to go from 2,800 {people} down to a dinner for 400,” Saxton says. “You can't be in a venue that has two distinct rooms” — as the Athletic Club does — “even if the auctioneer stands right in the middle.” If everybody is in one room, “diners can see whose hands are going up during the bidding,” she notes, making for fiercer competition and a better fundraising atmosphere.

With all the work she has put into planning the Pops gala over the years — the Saxton Group has handled the event eight times — Saxton says one of the best ways to get the biggest payoff is with effective follow-up publicity.

Saxton's staff pinpoints event attendees who might figure significantly in the future of the Pops, such as Young Friends Committee members. “We create a really great press book,” Saxton explains, “and send it to {these} guests a couple of months after the gala and say, ‘It was such a wonderful evening. We're so happy you were a part of it. We hope you come next year,’” and, she slips in, “buy two tables or two boxes.”

How Simple Market Research Will Make You a Stronger Marketer
Jul 14, 2021