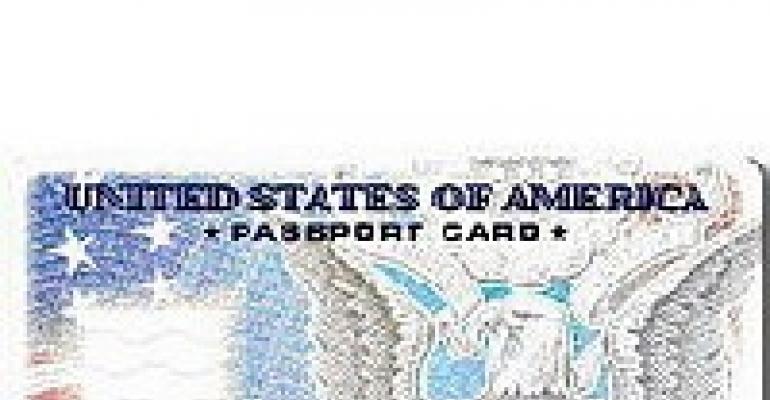 Starting tomorrow, Canadians and Americans traveling between the U.S. and Canada will have to present more documentation to cross the border by land or sea. (Such travel by air required a passport or other specific documents since Jan. 23, 2007.) Now, travelers have to show a passport or government-issued photo I.D. such as a driver's license plus proof of citizenship, such as a birth certificate. The U.S. Department of Homeland Security is at work developing alternative procedures for U.S. and Canadian children.

As part of the "Western Hemisphere Travel Initiative," or WHITI, virtually all Americans traveling between the U.S., Canada, Mexico, Bermuda and the Caribbean have faced tighter and tighter rules. Air travel was covered first and at some point, DHS says, virtually all U.S. citizens will have to show a passport, a trusted traveler card such as NEXUS, FAST or SENTRI, or the new passport card (see below).

Should you get carded? Starting Friday, U.S. citizens may begin applying for the new passport card. This wallet-sized card, which is intended to be cheaper and easier to carry than a passport, will allow easier passage by land or sea between the WHITI countries. However, it won't cover travel by air. For more on the U.S. passport card, click here.