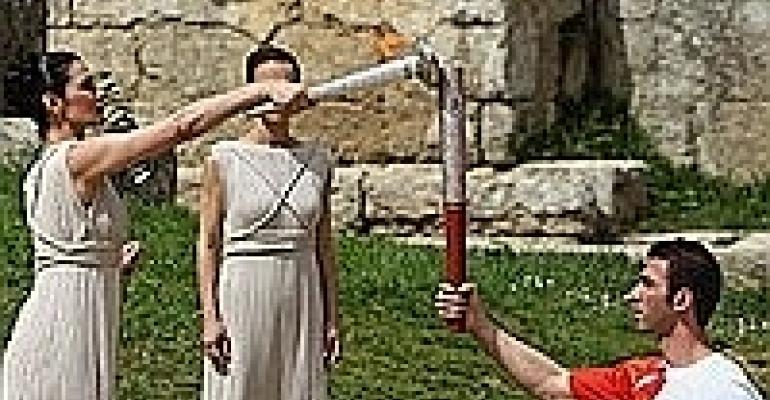 The torch relay for the 2008 Olympic Games kicked off Monday in Olympia, Greece, with more than its usual drama. Along with the traditional lighting of the torch--using the sun's rays and a parabolic mirror by a holy priestess--the event was accompanied by a spate of anti-China protests. Olympics organizers fear this trend could accompany the torch in its 130-day course over five continents before it reaches host city Beijing for the Aug. 8 opening ceremonies.

China's policies have angered a range of activists, from those decrying its support of the regime in Sudan to pro-Tibet groups to defenders of the Falun Gong faith, who claim persecution by Chinese authorities. Activists think their best bet to draw attention to their causes comes with the relay, which runs through 21 cities before reaching China. Once inside China, such displays will be blocked by government media, the Wall Street Journal reports.

The hot spot could likely be San Francisco, the sole U.S. relay city, where the torch will arrive April 9. Already, the Journal reports, anti-China activists are planning media stunts such as blocking traffic and climbing landmark buildings to unfurl banners at the top. Groups are even considering color-coding clothing to make sure each message stands out, with Falun Gong supporters in yellow or orange, Darfur supporters in green, pro-Myanmar groups in maroon, and Tibetan activists in white.

Above: A holy priestess with the Olympic torch at the Temple of Hera in Olympia on Monday. The first runner passed by the tomb holding the heart of Frenchman Pierre de Coubertin, founder of the International Olympic Committee. Photo courtesy Getty Images.