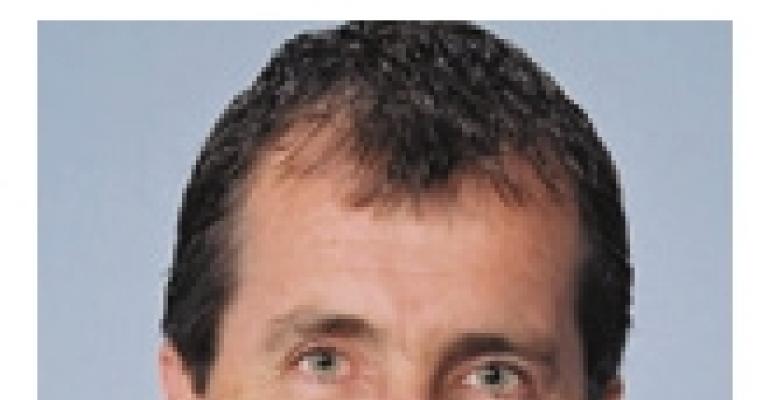 WITH some 25 years in the special event industry behind him, Phelps Hope, CMP, would not change the path of his highly varied career. “I wish I'd made some of the decisions differently during my career,” he says, “but nothing that would change the story.” In his current position as vice president of meetings and expositions for Atlanta-based Kellen Meetings, the native Australian is “in a position to take my experiences and help plan the future of this industry for the next 50 years.”

Hope's diverse career began after he dropped out of the Queensland Institute of Technology only six months into his civil engineering courses, having decided that engineering was “absolutely not the subject for me.” Instead, he worked as a bellman at a local hotel. In 1980, Hope moved to Denver to study at the University of Denver's hotel and restaurant management school, which led to work with both Marriott and Lowes hotels. Hope moved easily from restaurants to the front desk to sales to catering services.

But as he rose in the hotel industry's corporate ranks, Hope ran into a common problem. He had “moved past what I wanted to do when there wasn't any ‘hotel’ around me — there was no ballroom, no checking in and out — all the things I loved about the hotel industry,” he explains. And so he made another fresh start: founding Atlanta-based Aspen Productions in 1993. The work called upon the range of skills he had acquired over the years. To run an event company, “You have to be a jack of all trades,” he says. “You have to know a little about food and beverage, a little about fireworks, a little about bussing and transportation.”

Eventually the company employed 30 people and was the leader in the Southeast market, according to Hope. Sadly, after 9/11, “The marketplace shriveled up, and we could not succeed anymore,” he says. But this misfortune opened another new door for Hope: his current position with Kellen — the second largest association management company in the world — where he heads up a team of 14 meeting managers and event planners.

Looking back, Hope says the best thing about the event business now as opposed to 25 years ago is the increased level of professionalism in the industry. “It's better that we have best practices, so that we're not all having to experiment and trying to succeed through trial and error all the time,” he says. “Because, unfortunately, our errors are pretty substantial.” He cites fireworks as the cause of problems in the past, noting, “We didn't have the same permitting structure that we have today.”

Hope plans to make fireworks happen within the industry soon. “We have just opened an office in China and are looking at India as a potential destination for an office,” he says. Propelling the expansion, as always, are the clients. “Where do we find things in this industry?” Hope asks. “We expand our business based on our clients' needs.”