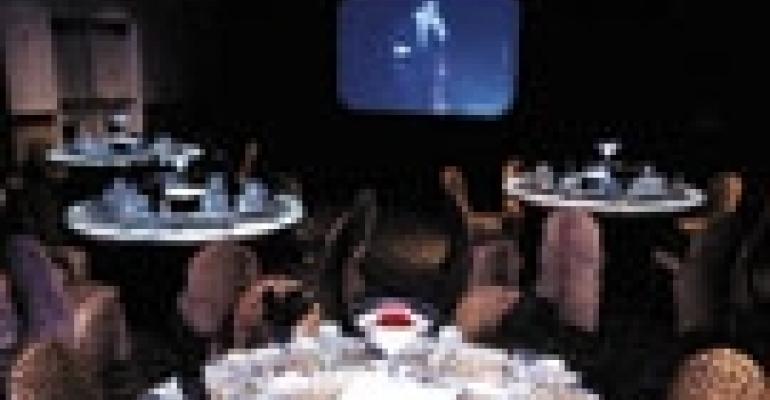 DURING THE LONG BEACH (Calif.) Grand Prix in April, the Hyatt-Regency Long Beach and the Long Beach Convention and Visitors Bureau each wanted to host events for corporate meeting professionals. Costa Mesa, Calif.-based event producer Absolutely Fabulous! met its clients' needs with a hipster club theme that was easily duplicated for both events.

“There's a whole mystique about the '50s and the lounge acts of Las Vegas, so I suggested a Rat Pack club theme,” Absolutely Fabulous president Bernie Gaps says.

Hyatt hosted the first event for 125 planners; two days later, the LBCVB hosted its event for another 80 guests in the same ballroom. “We just left the room set up as the Rat Pack club,” Gaps says.

Gaps says the upcoming remake of “Ocean's 11” prompted him to suggest the theme. “This movie will be hot next year when potential clients will be back in town for the Grand Prix,” he adds. “And it will be an easy theme for the hotel to sell.”