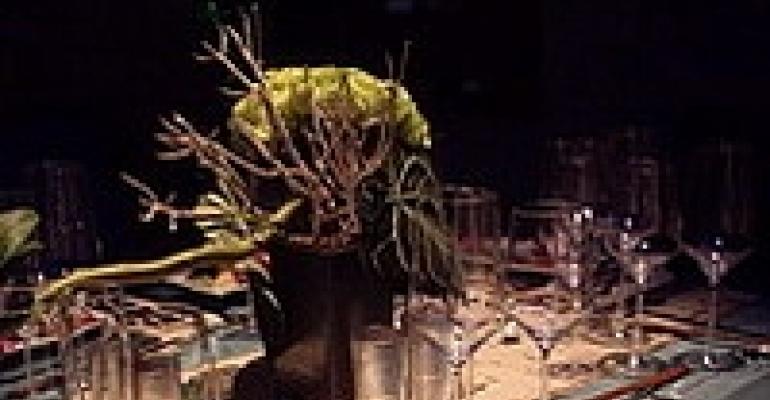 Two huge party occasions--the Academy Awards in Los Angeles and Mardi Gras in New Orleans--hit this week, and event professionals on both ends of the U.S. says business has been at least steady.

Event pros behind the Oscar bashes are reporting a healthy year. The longtime team of Sequoia Productions and Wolfgang Puck Catering, both based in Los Angeles, treated guests to a Zen mood (see photo at left) and a rich array of food at the annual Governors Ball, which followed the Oscar ceremony at the Kodak Theatre. The menu included tray-passed hors d'oeuvre, sushi and seafood stations, and a served dinner of Asian salad with lobster, short ribs and pumpkin coconut soup with shrimp.

Oscar party business was up 25 percent this year over last, KWL Designs founder Kai Loebach tells Special Events, saying his team was "much busier" than in 2008. "And I did not hear many guests mentioning the economy," he adds.

The famed Vanity Fair after-party, canceled last year in the wake of the acrimonious writers' strike, made a comeback this year, though at the Sunset Tower Hotel in West Hollywood since the closure of longtime venue Morton's restaurant in 2007.

The response from New Orleans, site of a bevy of parties leading up to Mardi Gras yesterday, is positive if somewhat less robust.

"Mardi Gras 2009 is a little off from last year," Blaine Kern Jr., head of Mardi Gras Productions, tells Special Events. "We really won't know what the effect will be to Mardi Gras next year since most krewe members had already commited before all of the financial mess started." He adds, "While I am fearful of the current trend in the downsizing in both attendance and budget in our market, I am very thankful that New Orleans has held its own. I hope our city perseveres as an incredible destination."

In contrast, Stephen Hamel, head of Covington, La.-based Fancy Faces, calls this year's Mardi Gras run-up a "great season. We have two more nice events this weekend." He adds, "I am so grateful to see the increase this year."

Kara Pigeon, with New Orleans-based DMC Signature Destination Management, reports that while both incentive and corporate business are slower this year than last, "The local business has been great!"

"We had 450 travel agents on an educational conference in town earlier this week," Pigeon explains. "They took part in voluntourism, meetings and trade shows, and then we paraded them all down the city parade route on Thursday night to Michaul's Live Cajun restaurant and dance hall for a private party with viewing stands of the parade." The event went off "without a hitch," she notes.