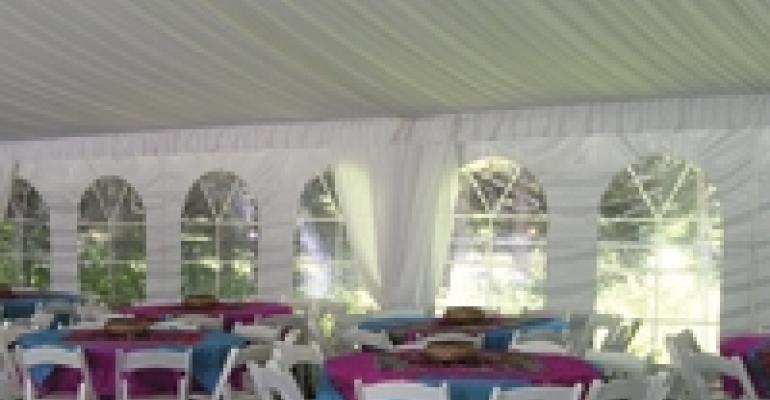 Is Party Rental Partied Out?

A struggling economy is always tough for business. When clients cut event spending — or cancel events altogether — the rental industry feels the pinch. Here, rental operators prove that creativity and common sense go a long way toward shoring up revenue during tumultuous times.

Rental companies are already seeing the effects of a faltering economy. Larry Green, owner of Rentals Unlimited in Stoughton, Mass., has noticed “trimmed down” fundraising events in the last quarter of 2008. He expects the trend to continue in the first half of 2009, along with drastic cuts in corporate event spending.

Michael Berk, president of M&M the Special Events Co. in Carol Stream, Ill., has similar predictions. “Corporate and not-for-profit will be the hardest hit,” he notes. “Social — weddings, mitzvahs — will continue but will be reined in.” He estimates a 25 percent to 30 percent reduction in business in 2009.

Steve Kohn, president of Miller's Rentals and Sales in Edison, N.J., has a slightly rosier outlook. “Our industry is not recession-proof, but it does fare better than many others,” he notes. “We are part of a society that will continue to have events whether the economy is good, bad or indifferent.” Kohn predicts smaller events will be affected more than major corporate product launches, grand openings, conventions, charity functions and sporting events. “Many of these events are even vital to get the economy back up and running,” he says. David Lambert, president of Allwell Rents in Denver, agrees. “Fundraising will be more difficult, and therefore events will be more necessary,” he says.

To function in a flailing economy, rental operators look at their spending. M&M has enacted a modified spending freeze; purchases must pay for themselves within 120 days to justify the money spent.

While Kohn will watch how much Miller's spends on product, he'll be “even more cautious on how we pay for it.” He suspects high financing rates for the next 12 to 18 months will present difficulties. “I don't suggest tapping into a line of credit,” he says. “The odds of getting additional money for a line of credit are not good.” He offers another piece of advice: Stick with a strong bank. “Make sure you keep a good relationship with your loan officers,” Kohn says. “Hope-fully, they still are employed!”

One cutback you definitely won't see at Miller's is discounting. “That's just not a sound business decision,” Kohn says. Berk agrees that attempting to “make it up in volume only helps you go broke faster.”

Green touts being creative and proactive as key. “We have already sent out e-mails to clients offering discount solutions for the holiday season and through the first quarter of '09,” he says.

Berk, whose com-pany both supplies rentals and produces events, seconds the move toward creative solutions. In lieu of a black-tie event, Berk suggested to a client a themed party with a cheeky nod to the current state of the economy as an entertaining cost-saving technique. For example, M&M's “hard times” parties include tables covered in newspapers, soup cans as vases, a DJ instead of an orchestra, and peanut butter and jelly sandwiches on the menu.

Kohn suggests partnering with clients to cut service costs. For example, if clients schedule deliveries in advance and during standard working hours, then they don't have to fork over extra for late orders or workers' overtime. Another option: Clients can instruct the rental company to deliver to a loading dock instead of a specific, hard-to-reach locale. “If a client usually pays a fee to have our company deliver to the 15th floor of a building, see if the client can have their staff do it,” he suggests.

Counseling clients on spending is also key. Green offers practical advice for the cost-conscious client: cotton instead of satin tablecloths and perfectly nice stemware that isn't crystal. And Allwell staff advises clients against nonessential items, even teaspoons, Lambert says. At M&M, clients are offered incentives to select from existing inventory rather than turning to special orders, as well as plenty of advice on how best to spend their bucks. “If you can work with the big picture, you can demonstrate opportunities to get the best ROI,” Berk says. At times, M&M has even counseled clients not to hold an event when the money spent wouldn't yield the clients' expected return.

Lambert says his rental company helps clients save money by offering another rental option. He notes that caterers and other industry professionals typically have go-to contacts for rentals. But event pros want less expensive options, Lambert notes, making them more likely to try out a smaller newcomer like Allwell. “During a slump, we see opportunity for growth,” he says.

Sometimes corners shouldn't be cut. Kohn has seen all types of finagling from clients trying to save a buck. “Cutting out the flooring under the tent seems great, until it rains,” he says. And disposable tablecloths may be cheaper than linen but often don't stay put on windy days. Kohn has even encountered clients attempting to forgo the necessary event permits and “hope to not get caught.” His approach to such clients is simple: “We won't be part of those events.”

In fact, Kohn recalls an incident recently where a client's attempt to save money ended with him spending more. The client opted to forgo sidewall for a tented high-end event, then a freak October snowstorm had him calling Miller's to add a last-minute sidewall. Miller's delivered a sidewall from its stock, and next Kohn received a call asking what would be the charge to create a door in the sidewall, which would later have to be replaced. Kohn gave a price, and “five minutes later, an instant door was created,” he says. Kohn then received a message with an image attachment of the brand-new “door.” He replied to the sender: “A most expensive hole in the wall.”