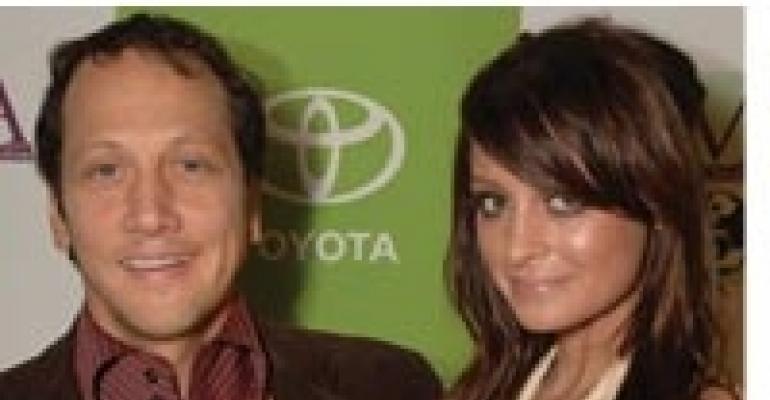 “Rentals are the ultimate recycling business,” says Tracy Mazie of Teterboro, N.J.-based Party Rental Ltd. David Painter, president of Event Rentals in Chantilly, Va., agrees. “When we are finished with one of our tables,” he says, “it has been used hundreds, if not thousands, of times.” As an industry that runs on caffeine and truck fuel, rental businesses gobble up their share of natural resources — but only to a point. Now, some operators are making green the go-to color by getting active to help the environment.

The task isn't easy. After all, rental operations are “most successful when [their] trucks are running the hardest,” says Dan Hooks, president of Party Reflections in Charlotte, N.C. And burning through fuel is not only damaging to the environment, it's hard on the wallet too.

Companies such as Los Angeles-based Classic Party Rentals are using satellite-based truck routing and tracking systems to help them map the most fuel- and cost-effective paths. But even that doesn't change some challenges. For his part, Hooks finds arranging schedules with caterers and event planners especially trying because, he says, these professionals often abruptly change delivery times, making fuel-effective routing more complicated.

To cut down on their carbon footprints, rental operators are exploring new options. Painter approached fuel concerns by opting for fuel-efficient diesel trucks and vehicles that can seat the whole crew. He bought his first one in 2003 and typically purchases one new truck a year — now he owns four.

Some operators gravitate toward “green” rental products, such as pressed bamboo chargers and bamboo disposable plates. “Bamboo is a great renewable resource, as the tree can grow an inch a day,” asserts designer Sheree Bochenek of Apres Party and Tent Rental in Edina, Minn. “You can even compost it,” Mazie adds.

Other operators work to cut down on filling up landfills. Classic's techniques for earth-friendly fêtes includes using pins for tent poles instead of nails, which are often discarded, as well as recycling linen hangers. Painter makes a point to recycle flatware and broken glass, and Mazie hopes to set up large-scale recyclable containers at big events in the future to further her company's green ambitions.

Some rental items have more than one life. Hooks says Party Reflections is “the epitome of recycling.” At his company, tables with bad edging are cut down to make smaller tables, and storm-damaged tents are refashioned into smaller tents. Bochenek has her own trick for tents. She says clear-top tents can become “solar-powered in autumn and spring, providing a natural heat source.” This method can be used until the temperature drops to freezing, she says, which can make the vinyl brittle.

Another mainstay of the rental business — linen — could perish in the garbage if not for creative thinking. “There is little use for the leftover fabric from the table linen we manufacture,” Bochenek says. Yet, she adds, “Occasionally we are able to donate to a local company that uses it to cover journal books that they then sell.” And Apres has another unique method for keeping linen out of landfills: The company sells damaged linen at their popular annual clearance sale.

Rental companies are kicking off system-wide green programs to help set an earth-aware tone for rental operations as well. Apres started a “Going Greener” initiative in July. The company's goals include reducing paper use by 20 percent and plastic bag and metal hanger use by as much as 30 percent in the next six months. Apres also pays an extra $15 a month to its trash hauler to recycle plastic and glass alongside paper and cardboard. Classic — which has served as the rental company for the Environmental Media Association Awards for the last 15 years — has instituted a velon recycling program, according to vice president of marketing Michael Miner. The goal is to recycle 350,000 pounds of the oil-based plastic sheeting a year.

Despite good intentions, the difficulties of greening a business are tough to beat. Green products often are pricey — from eco-friendly cleaning products to energy-efficient lighting — and rental operators feel the burn. “Our cost margins are getting smaller every day, and to adapt to new environmentally friendly systems would make it more difficult to show a ROI,” says Steve Kohn, president of Edison N.J.-based Miller's Rentals.

But there's hope. At their core, “Party rental businesses are among the original green businesses,” Painter says. Yet, most agree that relying on rentals' recycling-friendly business model simply isn't enough. More can be done to be, as Painter puts it, “responsible stewards of the earth's precious resources.”

Both paper and the chemicals in cleaning products take their toll on the earth. Many rental operators prefer the following eco-friendly options: