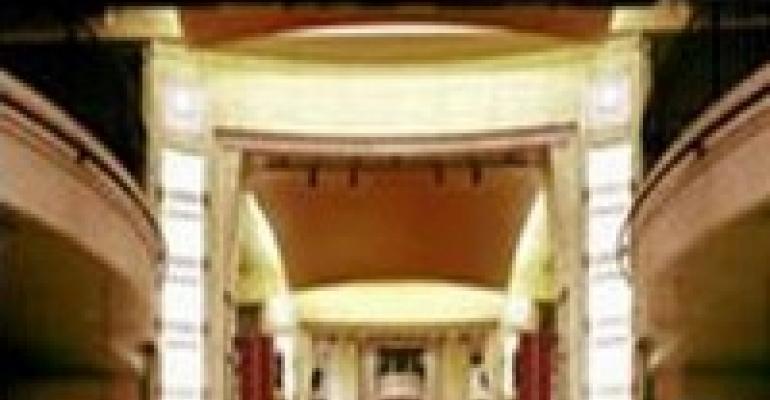 An event planner in Atlanta reached an out-of-court settlement last month with the Academy of Motion Picture Arts and Sciences over her use of 7-foot gold award statues, which—attorneys for the academy said—infringed on the copyrighted "Oscar" statuettes.

While she is prohibited from disclosing complete terms of the settlement, Terry Singleton, CSEP, tells Special Events that her attorney fees alone topped $2,000.

Singleton, president and chief operating officer of Atlanta-based CCP Events/EventScapes, says the academy sent her a letter in December stating her decor statues were "identical or strikingly, substantially or confusingly similar to the Academy's 'Oscar' statuette." The letter surprised her, Singleton says, not only because do her feature-less statues "look more like a gold alien" but also because the decor pieces do not appear on her website. She suspects that someone attending one of her events saw the pieces and notified the academy.

Based on her research on the topic in the event industry, Singleton says she decided her only option was "to comply." "These guys are dead serious and have very deep pockets to take me to court," she says. "Our only choice was to hire an attorney and to comply according to our attorney's instructions."

Both Singleton and her attorney, Glenn M. Lyon of Atlanta-based MacGregor Lyon, say they have not seen many instances of the academy pursuing people they believe to be infringing on the Oscar image. "I used to see a lot of music industry action against illegal downloads," Lyon says, "but this was a first for me."

David Quinto, the partner in the Los Angeles office of law firm Quinn Emanuel Urquhart and Sullivan with responsibility for overseeing the academy’s intellectual property enforcement, says his firm does not keep track of how many instances his team pursues over infringement of the Oscar image. "The academy sends out many, many dozens of cease-and-desist letters each year, both in the U.S. and abroad," Quinto tells Special Events. "Only a few result in lawsuits because the academy’s rights are so clear."

The academy takes its tough stance in order to safeguard the Oscar, Quinto says. "The intellectual property laws impose an obligation on owners of intellectual properties to protect their rights or risk losing protection," Quinto says. "The academy does not license the use of the Oscar in advertising, nor does it permit winners to sell their Oscars, precisely because it wants to preserve that distinctive quality of its award and institutional symbol."

Singleton says that not enough event designers are aware of their liability in this area. As for her statues, "We acquired them from another company," she says. "In an effort to protect our clients, we took ownership for the use of them, and so our clients trust us to be in compliance with all laws."

Lyon is not willing to cede entirely to the academy: "For the record," he tells Special Events, "our position was that the Oscar statue was not a trademark. It most likely qualifies for copyright protection, but does not designate a manufacturer of a product or a provider of a service as required for trademark protection."

Singleton notes that all tussles with lawyers are challenging. "I know that this was very stressful for us as a small business and the prospect of a large judgment plus attorney fees would have been a devastating financial situation," she says. "My advice to anyone is not to use a statue, stand-up flat or any image of the Oscars."