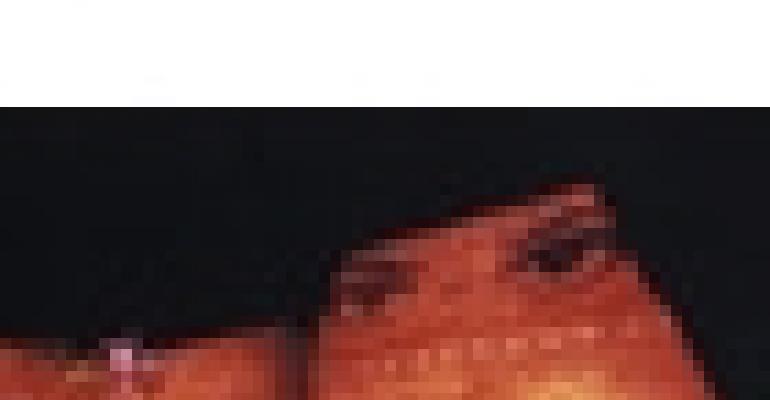 PRESIDENT and owner of Santa Rosa Beach, Fla.-based The Guy Michaels Production Group, G. Michael Smith recalls when he started in the business of event production: Unless it was a large company with deep pockets, there was no such thing as an event. It was a meetingmeat and potatoesnothing more.

Theatrical lighting was pretty much the same for 40 years, says David Smith, president of North Hollywood, Calif.-based ShowPro. Now, everything is controlled by a computer. He recalls when lighting was manual: If you lit a room with an amber uplight and a cool lavender downlight, and your client didn't like it, it would take two hours with a guy running around with a ladder to change it. Now you can do it with a push of a button.

Pam Navarre, president of San Diego-based Quantum Events, recalls an event in which a high-tech theme demanded a high-tech solution. Navarre incorporated lasers overhead, neon interior-lighted tables, lighted centerpieces and gobos. It was a very sophisticated way to get a big wow. We wouldn't have done this event if those lighting elements weren't available to us.

Andy DiRaddo, founder of LD Systems in Houston, has noticed an increase in the use of gobos with a company logo on the wall or projected on the dance floor, while G. Michael Smith says he's seeing more spandex structures used as projection surfaces or lighted from within.

Confetti cannons with mylar streamers are an alternative to indoor pyrotechnics, DiRaddo adds. You never worry about cleaning [the streamers] up because people grab them and wear them.

One of the more notable innovations in video projection is improved switching between graphics and video. Gabriel Sonnino, executive producer with Production Resources of San Francisco, says there used to be a lag. Before, you always had to go completely to black when you wanted to switch between different sources that had different scan rates, he says.

Now, the switch is seamless. This has allowed us to do multiple overlays on a wide projection surface, he adds, so that we can have a background that's generated from a computer and put on top of that a video from an iMac. Using this technology, Production Resources created an innovative visual display in which sponsor logos skied across a mountainous background spanning three large screens.

DiRaddo also has used this new technology, in one instance creating an impressive display using five projectors playing separate images on a screen that was 100 feet wide and 20 feet tall. This type of visual presentation is tremendously popular with a generation accustomed to what DiRaddo calls mosaic thinkingprocessing several sources of information at once.

Events celebrating corporate mergers and acquisitions are perfect opportunities to showcase the latest in video projector technology, DiRaddo says. How? Cement the merge visually, onscreen, with company logos or names coming from opposite sides and joining in the middle.

There also has been a marked change in the brightnessmeasured by lumensavailable from video projectors. Ten years ago, a high-end projector topped out at 800 lumens, David Smith says, while now there are 12,000-lumen projectors. This breakthrough allows you to put a much brighter light source in a video, he says. You can now have high-end moving lights alongside video. It's great. You can use a video projector to have clouds moving or lava flowing as a creative artistic element.

Sound as a technology has grown by leaps and bounds, G. Michael Smith says. It used to be that bigger was betteryou used to see these gigantic speakers near the stage. Now, smaller has just as much impact.

With the smaller components, a clean look is achieved. Cleaner is more corporate, he adds. You don't have the visual intrusions.

Smaller speakers also have allowed for better sound distribution. It's always nicer to have speakers on the ground, he says, but in rooms where you don't have that much space, you can have flyable rigs flown at different places throughout the room. Sound dispersion has really improved in the last couple of years.

Good power distribution is more and more important, DiRaddo notes. The industry is not heavily regulated, and we want to make sure it doesn't present any problems, he says.

Mera subcontracts generators but adds, We do all of our own hard-wiring. That's really a big advantage to us.

DiRaddo says venues are becoming more proactive in accommodating the needs of the special event industry, in many instances providing electrical engineers. He notes, however, that the venue's engineer should be well-versed in special event electrical requirements as they vary from general use.

In the future, David Smith says, the equipment itself will become more intelligent. We're on the verge of having the lighting instrument e-mail you to tell you its lamp is getting old. If something is about to fail, these instruments will be able to notify you.

You'll be able to extract more and more information out of these pieces of gear, and it will reduce the amount of failure.