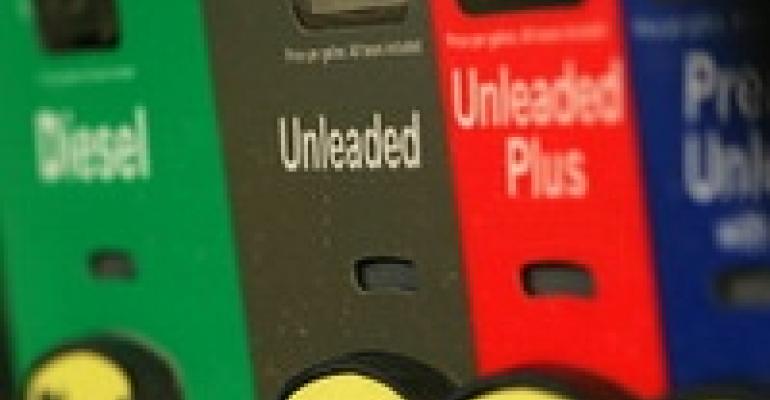 Ninety percent of event rental companies interviewed by Special Events say they boosted what they charge clients for delivery this summer in light of the skyrocketing cost of the fuel. Diesel fuel hit $4.76 gallon in the U.S. in July, but has since fallen to about $2.50. The strategies range from adding a flat fee to delivery--anywhere from $5 to $35--to boosting the delivery fee from 5 percent to 20 percent. But rental pros vary in how they have handled the increase now that fuel prices are falling. Forty-four percent have dropped the increase, but 56 percent have kept it in place.

YOU KEPT YOUR WORD

San Diego-based Raphael's Party Rentals added $25 per order to deliveries when fuel prices were at their peak, but dropped the surcharge on Dec. 1. "When we added it, we told [clients] that if prices go down, so will the fuel surcharge," notes owner and executive vice president Philip Silverman. "Once we took it off and notified our clients, their response was, 'You guys are true to your word.'"

Along the same lines, Tupelo, Miss.-based Busylad boosted its delivery fee by 10 percent over the summer, then brought fees back down in November. "I would have to say we got little to no response to either move," notes company co-owner Buddy Stubbs. "I think the media helped make this a cost that consumers were understanding and paid with little or no hesitation."

Bad reactions from clients led Edison, N.J.-based Miller's Rentals and Sales to drop the $25 it added to delivery charges this summer. "Too many unhappy clients," says president Steve Kohn. "They thought it was unfair." And the added fee didn't cover his increased costs--it just "made a dent," in them, he explains. Instead of adding and removing fuel surcharges, Miller's raised its delivery rates and posts the rates on its Web site. "It's much easier to monitor delivery rates than to have to keep imposing and removing a fuel surcharge," Kohn explains.

Management at Toronto-based Chair-Man Mills took a flexible approach to fuel surcharges this summer, adding 4 percent to 7 percent to the delivery fee, depending on the price of fuel, to a maximum of $35 per order. The surcharge has now been removed. "We didn't want to be perceived as gouging the client and removed it as soon as prices dropped," notes president Mary Crothers. Her company also offers a 10 percent to 15 percent discount to clients who pick up their orders. "That is best for us because it saves on labor, trucking, etc."

Stamford, Conn.-based Stamford Tent & Event Services takes a similarly flexible approach. The company added its fuel surcharge two years ago, and boosted it from 1 percent to 3 percent this summer. If a client pushes back, "We have reduced or removed it; it's subject to negotiation," notes president Stephen M. Frost.

JZ's Party Charm, in San Bernardino, Calif., boosted its delivery fee this summer--by 15 percent--but only for some clients. "We only did the increase for our corporate clients because we got less negative reaction compared to our private sector market," notes company head Sandy Sandoval. "In the past when we increased it by $5, we got major static from clients."

Sandoval is keeping the increase in place because even at 15 percent, the increase does not cover the recent rises in fuel prices. "When the price of fuel kept going up, we had to absorb the costs because our customers would certainly complain if we added additional cost, whether it's a surcharge or an increase in delivery fees," he says. "We couldn't do it multiple times."

Sonoma, Calif.-based Wine Country Party Rentals is also keeping the extra $15 added to its delivery charge this summer. Company head Marshall Bauer estimates that it costs him $1 per mile for delivery, excluding labor, and he still loses "several hundred thousand" dollars on delivery per year. "It's not possible to charge the full amount in a rural market that is near a metropolitan one, and with lots of small, geographically dispersed competitors," he says.

Austin, Texas-based Marquee Rents added a 10 percent fuel surcharge in the summer of 2007, boosting it to 20 percent this summer. Company head Damon Holditch, CSEP, CERP, sent out e-mail notifications to clients, who seem unconcerned with the new cost. "They understood it and accepted it as better for them than increasing delivery charges," he says. Marquee's surcharge is still in place; "We are still behind on fuel-cost recovery," Holditch notes.

The $10 delivery surcharge that owner Mike Berk added this summer at Carol Stream, Ill.-based M&M The Special Events Co. is still in place. "Diesel prices have not come down as much as gasoline, and there are many other related costs involved that haven't come down," Berk notes. Even so, his clients seem to understand. "There have been a few people ask why the fuel surcharge hasn't been removed because gas prices have declined so much. When we explain that diesel prices remain relatively high, most just say, 'Oh.'"

Berk warns the rental industry against shaving margins to keep customers. "It is quite clear the event business is going to be severely impacted by the economy," he says. "The kneejerk reaction is to drop prices and offer deals at significantly lower margins. The industry needs to realize that this is not a viable answer in that if one competitor lowers prices, eliminates fuel charges, et al., then the rest of the competitors will not only meet those prices but offer even lower ones to retain their customers. The cycle is a serious problem, and the theory of making it up in volume doesn't really work--I've tried it. We cannot be cavalier in our pricing, but we must remember that we are running businesses that are chartered as for-profit, and if we do business at prices that lose money, none of us will be in business."

Frost says one question hangs in the air: Will the cost of fuel stay down? "Not for long," he says. Holditch agrees: "The price of oil will increase as the economy recovers," he notes. "Then fuel will increase again."