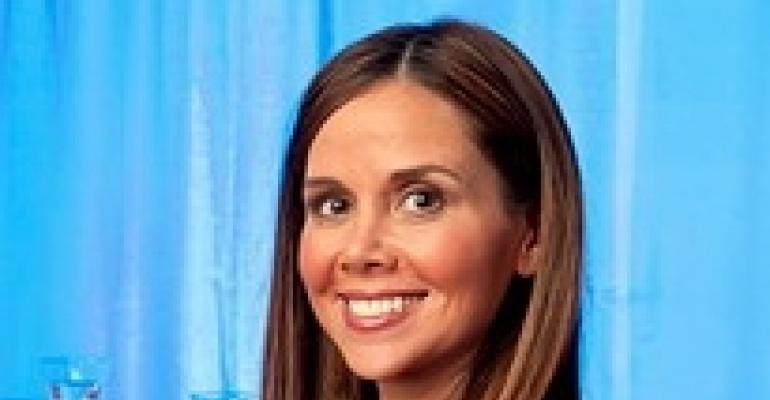 Samantha Goldberg on her Career in Events

A little gumption, a little creative vision and a whole lot of Craigslist &#8212; that's the recipe for Samantha Goldberg's success

Her clients have included pro athletes, movie stars and politicians. She's worked with seven-figure budgets and starred on such popular TV shows as “Married Away” and “Whose Wedding Is It Anyway?” She's been living, breathing and loving special events “maybe as early as right out of the womb,” she says. But she might not have had such an illustrious event career if it hadn't been for a crisis in her personal life.

When her daughter, Sydney, was born with a huge hemangioma on her lip — a benign tumor caused by a buildup of blood vessels that dangerously obstructed the baby's ability to eat — Goldberg began looking into nonprofit organizations that support childhood health issues; she even considered launching one of her own. Ultimately, she decided not to start her own foundation but instead turned her talents into fundraising for existing organizations.

Today, Goldberg has both a healthy, happy daughter and a booming event enterprise that includes her Summit, N.J.-based planning firm, Samantha Goldberg & Co., and a growing list of media appearances, speaking engagements and consulting roles.

She's perhaps most excited about her new partnership with nationwide party-goods leader Party City. Though the retail chain first considered Goldberg as a PR spokesperson, over the course of meetings, “Things changed, and they saw an opportunity to have a ‘face’ and someone to bring them to the next level” — a combination of retailer and resource for expert event advice. Though she's previously held positions as “the ‘face’ of private events at Bloomingdale's registry department and for Hilton Hotels' worldwide weddings,” she says, Goldberg is particularly happy about the extensive license Party City has granted her. “I am developing my own designs and products,” she says, “which I hope to incorporate in 2011.” And she sees an additional benefit: “I think this role as Party City's spokesperson and expert is only going to strengthen my ability to give even more variety to my own clientele.”

Goldberg continues to focus on Dream Team, the organization she founded to provide free wedding-planning services to engaged couples facing hardships. First launched in 2005, the organization has grown to span 17 chapters across the U.S. and will host a national launch event in New Jersey shortly. “I am still in disbelief,” Goldberg says, not only of the organization's immense growth but also of the generosity and passion of the vendors involved.

Though she might be surprised at the support her nonprofit has seen, it's Goldberg's belief in herself that has been key to her success: “I have a wonderful husband, daughter and circle of friends. At the end of the day, if this industry were to end, I cannot say I didn't give it 100 percent.”