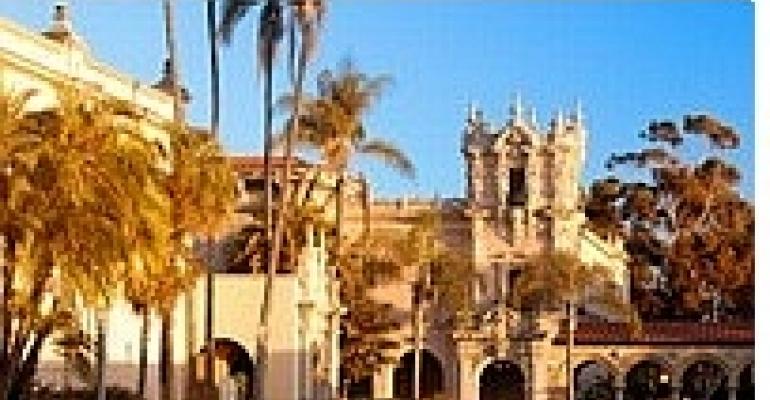 San Diego Getting 'Back in Business' After Wildfires

The wildfires that roared across much of Southern California last week have been largely reined in by firefighters and kinder weather, and even hard-hit San Diego County is returning to normal.

In an update posted yesterday directed specifically to event and meeting planners, San Diego Convention and Visitors Bureau president and CEO David Peckinpaugh, CMP, said, "San Diego is open for business." The CVB chief reported that San Diego International Airport along with the city's downtown core, hotels, restaurants, waterfront, cultural institutions and attractions were welcoming guests and had never been directly impacted by the fires. "A few attractions did close for a day or two, but as of last Friday, Oct. 26, all attractions were reopened for business," he added.

The fires brought out the generosity of many in the state's event community. The five Fairmont properties in California--in San Francisco, Santa Monica, Newport Beach, San Jose and Sonoma--announced last week that they will band together to purchase 500 trees to help spur re-growth in various forests.

The company provides emergency foodservices for a number of entities in San Diego County, and "from the first day, our entire operation went to work preparing both hot meals and sack lunches and delivering them--often on the front line--to firefighters, emergency personnel, the National Guard, and utilities workers," Almond says. "While most businesses in the city came to a standstill, our facility was buzzing with activity around the clock. Over the last week, Hospitality Inc. has served approximately 65,000 meals throughout the affected areas of San Diego County."

The fires took a bite out of the company's business. "Between Oct. 22 and Oct. 30, throughout all divisions of Hospitality Inc., 50 percent of all events have cancelled and 23 percent have postponed," Almond says. Further, about a quarter of the company's staff were involved in the evacuations; "Fortunately, all were safe and their homes were spared," she explains. "Business is getting back to normal, but we will continue to provide emergency foodservices throughout the week."

"In Orange County and Los Angeles, we were very lucky in that the fires did not directly impact the groups that we had in-house," she tells Special Events.. "Our area hotels were not threatened by the fires, the groups' program of events did not include any events in the threatened areas nor were they participating in any vigorous outdoor activities that would have been cancelled because of the air quality."

"In L.A., we did have one piece of business cancel due to the fires--a November program around an automotive ride-and-drive event, but attendee/guest sign-ups were extremely low because of the concern over the fire situation, so the event was cancelled," she says. "We had a group in-house at the Loews Santa Monica hotel, which had a lot of evacuees from the Malibu fire. The fires could be seen from the hotel. Our client offered for her attendees to double up in rooms so in order to free up more space for evacuees. The hotel didn't end up needing to do this, but it was a lovely gesture. In Orange County, local resort properties lowered their room rates to evacuees. For example, for the rooms that weren't already booked, the St. Regis lowered rate and waived additional fees for pets. Our San Diego office experienced two program cancellations but they were very small programs. We also experienced a few site inspections that were postponed due to the fires. Consequently from a business standpoint, it did not feel the affects of the fires in any substantial way."

She adds, "On a lighter note: I had a normally very rational, organized event professional tell me that under the pressure of a short evacuation notice, they were not necessarily acting as rational as they believed at the time. They made a quick list of items to take and systematically collected and loaded the car. Knowing they were potentially going to be away from home for an undetermined amount of time, they wanted to make sure they had sufficient clothing to be able to go to work. However, while unpacking, they discovered they had 15 pairs of underwear--but only one pair of slacks. They also grabbed their organized box of important papers from their desk--which was all their current bills--but left behind their deed, birth certificate, insurance papers and passport! Sometimes it is humor and being able to laugh at ourselves that gets us all through some very difficult times."

Some in the event business wonder if the impact of the fires will live on after the flames die.

Due to the wildfires, "We had approximately seven high school homecoming pyrotechnic events postpone or cancel," Sam Bruggema of Pyro Spectaculars by Souza, which is based in Rialto, Calif., and has an office in San Diego. "The impact to our business, yet to be determined as some fire department may deny permits if Santa Ana winds return!" He adds, "We will pursue all events because fireworks make people happy."

Prominent event entertainment producer Anthony Bollotta, president of San Diego-based Bollotta Entertainment, tells Special Events that some of his social clients--the lion's share of business this time of year--postponed rather than canceled their events, largely out of respect for the suffering of others. His own sales manager had to evacuate her home for a week, while some of the entertainers in the area have lost heir homes and equipment.. "We are currently offering Lisa Winston, of the band NuVision, whatever she may need to get back on her feet," Bollotta says.

He says the area is slowing getting back to normal.

"The San Diego community pulled together with a zest and sense of concern like none I have ever seen before," he says. "My good friend and client Amy Stover is married to the general manager of Qualcomm Stadium [where thousands of evacuees were housed for a time], Erik Stover. Erik was awakened at 4 a.m. on the 22nd to get to Qualcomm to start preparing it as a shelter. He was there until Friday, the 26th. Now, those who have actually lost their homes have the dubious pleasure of figuring out how to rebuild their lives."

Having seen the upheaval the fires caused, will Bollotta change the way he does business? "I don’t see the need to change our contracts as a result," he says. "During times like these, we remain focused on doing whatever we can for our community, and changing our contract to better protect us financially just doesn’t seem humane."