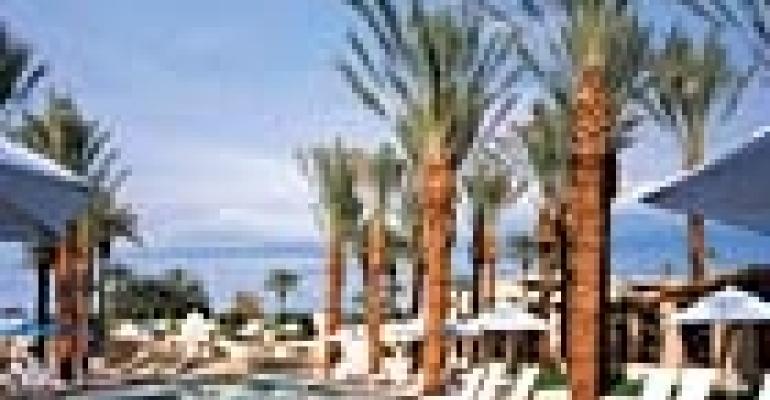 SITES AND THE CITY

As experts in the locales they inhabit, destination management companies make it their business to match event clients to the best local venues for group gatherings. In our cover story, a leading DMC in each of three popular event cities — Palm Springs, Calif., New Orleans and New York — cites standout sites. From on-site venue staff, we hear about in-demand features and developing event trends.

For Sue Carey of PRA Palm Springs — one of 13 offices nationwide in the 22-year-old PRA network of DMCs — giving guests a good time means taking advantage of the Southern California desert's unique climate and culture.

According to Carey, expansive outdoor event space and accommodating hotel staff set the Hyatt Grand Champions Resort and Spa apart in a region rich in exceptional venues. She notes the property's recently completed $65 million renovation, which includes a 30,000-square-foot spa and 20,000-square-foot ballroom, as a selling point.

But, more than anything, she says, “The staff at this hotel is wonderful — they will bend over backwards to make it happen for planners.”

Grand Champions director of sales and marketing John Hernstat says accommodating planners' needs means catering to today's tighter budgets. “Groups used to do a lot of dinearounds,” he explains. “Right now, we're really trying to find ways to keep them on property and reduce some of the costs of going off-site.” On-site event options include evening picnics complete with blankets, baskets of gourmet food, and staged entertainment. The hotel also has added private Internet-access poolside cabanas that can be outfitted with food and beverage setups.

If a Palm Springs event group should want to wander off-property to party, Carey says guests will be impressed by the “twinkle-lit trees and dramatic theatrical lighting” at the Palapas of Araby Cove — a 14-acre working arts colony housing studios for glass-blowers, painters, sculptors and other artists.

Donovan Taylor, who owns the Palapas with wife Cindy, attributes the colony's success as a corporate event site to its decidedly non-corporate atmosphere. “We use the other side of [guests'] brains,” he says. Among clients that have taken advantage of the venue's many outdoor event spaces and hands-on art activities, he counts IBM, MCI, Upjohn and Canon. “I always tell people not to spend a lot of money on name entertainment,” he adds. “The artists themselves become the entertainment.”

For a hospitality event tied to the NCAA Final Four basketball games this spring, Mathas led her high-profile corporate client to the Ritz-Carlton, New Orleans. The reason: “We're treated as partners on every project — that's a big selling point. Whatever needs to be done is going to get done. They're right there with you, whether it's the crack of dawn or two in the morning.”

Ritz-Carlton, New Orleans, director of catering and conference services Scott Berglund adds that the hotel's “distinctly New Orleans ambience” makes it a great site for visiting groups. In particular, he cites the popularity of the property's Mercier Terrace, named for the Louisiana Creole family that once owned the hotel building. Located on the 14th floor of the property, the 1,680-square-foot space features “silk upholstered walls, crystal chandeliers and a lush, private, French Quarter-style courtyard.”

Emeril's national sales manager Sarah Hall says a focus on superior staff goes hand in hand with an emphasis on signature Creole cuisine. “For seated dinners, each table is served by a team of three waiters who are in constant communication with each other, the managers and the kitchen,” she says. “For cocktail-style events, trained chefs will help serve guests and explain the menu in detail at each food station.”

When it comes to event hotels, no site encompasses this mix better than The Plaza, she says. Built in 1907 and situated on Central Park South and Fifth Ave., the property is “an icon,” according to Bernstein.

“When you have a venue like that in New York City that has so much history, but is still going strong and is still a place where celebrities stay, that alone is exciting,” she says. To top it off, “they've been very open to us,” she adds, noting that the hotel has allowed her team to bring pyro and confetti into the Grand Ballroom, and set up lighting in the space's upper-level window boxes to compensate for the nearly century-old building's lack of built-in technical components.

Like Bernstein, Tom Civitano, The Plaza's executive vice president of marketing, taps the Grand Ballroom as a favorite space, noting that the ornate 500-guest-capacity room “has hosted all types of events, from media-covered celebrity weddings to historic business gatherings and notable society events, including Truman Capote's infamous Black & White Ball.”

Clients looking to go off-site to celebrate would do well to look offshore, at New York Harbor's Ellis Island Immigration Museum, Bernstein says. “If anyone had an immigrant in their family that came to New York, this is where they came to,” she explains. She adds that renovations have preserved the integrity of the site's original tiles, radiators and benches. Of the museum's Great Hall she says, “You can seat up to 900, but I've done events there as intimate as 35. It's just an incredible room to do events in.”

Bob Uffer, general manager for Aramark at Ellis Island Immigration Museum, says a memorable event might include cocktails in the venue's Baggage Area where a “Peopling of America” exhibit explains the history of the immigrant experience. Dinner may be served in the Great Hall, which features 56-foot-high vaulted ceilings, or in a tent on the island's Festival Lawn.

However clients choose to use the venue, they can expect guests to leave with a lasting impression, according to Uffer. “You can go to most any city in the United States and hold an event in an art museum, natural history museum or science center,” Uffer says. “But there is only one Ellis Island.”