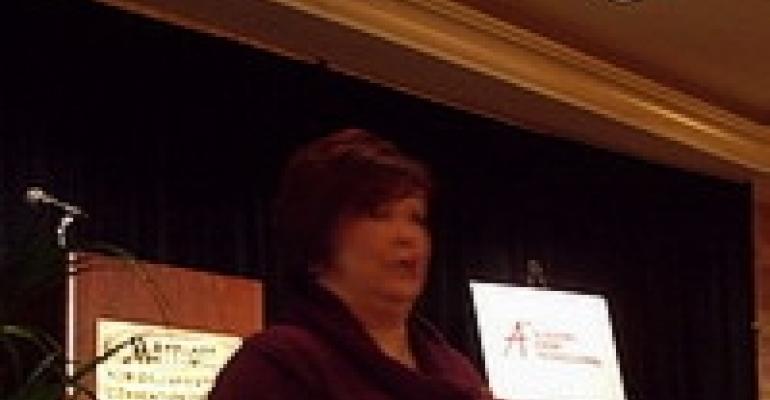 The Special Event 2010 Gets Rolling in New Orleans

Event professionals from throughout the world are gathering in New Orleans for The Special Event 2010, which opens officially today at the Morial Convention Center. The event runs through Jan. 15.

Werner's office had only eight weeks' notice to coordinate the event in Tempe, Ariz., which involved more than 60,000 guests, the Secret Service and daytime temperatures of more than 110 degrees Fahrenheit.

Werner noted that she turned to every department in the university to support the effort, such as getting thousands of maps printed by the university's graphics department. This approach helped defray the cost of the event, as did her strategy of responding to White House requests with the question, "And does the White House pay for that?"

She also noted the ongoing pressure to maintain the mission of the university. For example, she turned down an offer on behalf of "American Idol" winner Jordin Sparks—a local resident—to sing "The Star-spangled Banner," opting instead for a student to perform. And even though another local—rocker Alice Cooper—would have sung his 1972 hit "School's Out" at the close of commencement, Werner moved it to a more decorous time, in the pre-event segment.

The slate of education programs launched yesterday, with seminars including "Trends from Europe, the Middle East and Asia," "Creating a Winning Team," "The Art of Floral" and "So You Want to Plan a Gala."

Today will bring the Opening General Session with the announcement of the winners of the Tabletop Gallery competition, the Wedding Luncheon, and the Welcome Event--co-sponsored by NACE--at Mardi Gras World.

To see video of this year's Tabletop Gallery, click here.