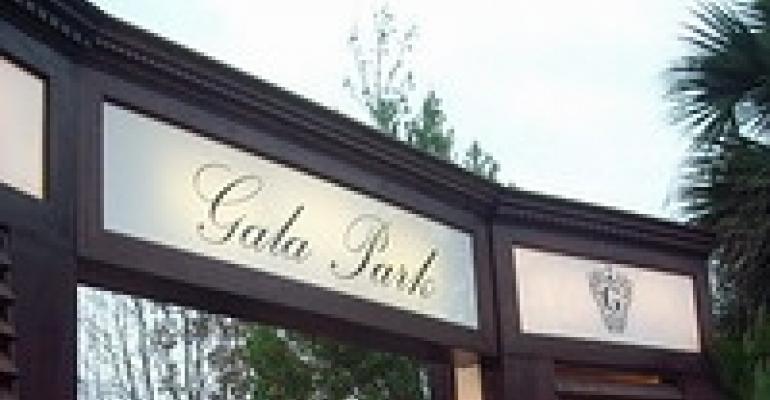 The Special Event 2012 ended a week of education sessions, exhibits and exciting events in Tampa, Fla., last week, culminating in the Gala Awards ceremony and celebration. The celebration was hosted in a dramatic two-story tent offering restaurant service and included an outdoor cocktail reception complete with fireworks launched from a barge.

Kicking off the week was the two-day Academic Event Professional Conference, serving college and university event professionals in development, alumni relations, marketing and fundraising. A highlight was a general discussion led by Jim Hooker, associate senior vice president of the University of Southern California, Office of Cultural Relations and University Events

OPEN WITH SONGS FROM 'SING'

The Opening General Session, on Wednesday, Jan. 25, gave special event professionals ranging from newbies to veterans an entertaining yet soulful look at the challenges of each juncture in their careers.

Produced by T. Skorman Productions of Orlando, Fla., the session traced the challenges—professional, ethical and spiritual--faced by a would-be planner, a planner in mid-career and a seasoned veteran. The scenes were mixed with energetic, Glee-style performances by the act SING.

A hit with attendees was a cheeky video showcasing a hyper-controlling "Hello Kitty" wedding planner giving the leader of the band plenty of grief.

The Opening General Session also named this year's winners of the annual Tabletop Gallery; see all the finalists here.

The day's roster also included the annual Masters Brunch, held at the historic Fletcher Lounge at the University of Tampa. Here, guests enjoyed an elegant meal and a panel presentation from high-level managers of mega events in the area, including top executives from the Gasparilla Festival and the upcoming Republican National Convention, slated for Tampa this summer.

In a departure from past years, when TSE's annual Wedding Event was a luncheon, the event team created a dinner party in the massive Tampa State Fairgrounds.

Team leader Sean DeFreitas won repeated standing ovations from the guests, who were impressed by the transformation of a space that hosted a livestock show only two weeks earlier.

The entryway featured beautiful floral trees while the reception area was dominated by an opera singer with a two-story floral train. The massive dining room itself was encased in walls of sheer white drape, while stunning drape boxes with crystal accents were suspended from the ceiling.

DeFreitas emphasized the value of a loyal, professional team and took pains to thank his many vendor partners.

On Friday, show-goers got a final peek at the Wedding Galleries, featuring an array of over-the-top wedding cakes and striking tabletop design.

At the Gala Ceremony, attendees watched as nominees from throughout the world accepted their trophies. Accepting on behalf of a winning team from Denmark, Special Events Advisory Board member Richard Foulkes, of London-based Imagination, reminded attendees that as the world grows smaller, "Your events are now on the world stage."

See all the winners and video from the after-party entertainment here.