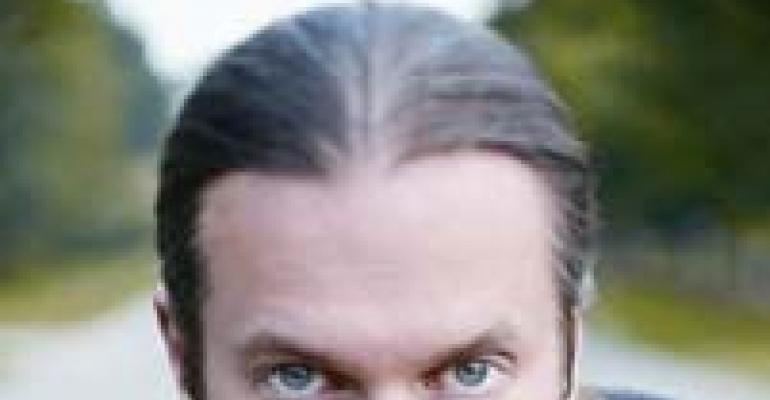 Lighting pro Bentley Meeker can light up your life. Or at least, your event.

Sometimes a labor strike can be a blessing. Such was the case for Bentley Meeker, president and CEO of Bentley Meeker Lighting & Staging in New York. Meeker started his career as a freelance light technician for films and nightclubs in the '80s. But the 1988 Writers Guild strike forced him out of that scene and into lighting events and the celebrities attending them.

And Meeker's company has lit its share of bigwigs. “We've done charity fundraisers with Elton John playing piano, bat mitzvahs with Aerosmith, Tom Petty and the Eagles,” he says. “We've done a host of celebrity weddings, such as Michael Douglas to Catherine Zeta-Jones, the Liza Minnelli extravaganza, Billy Joel's wedding, Eddie Murphy's wedding, Robert DeNiro's wedding, the Melissa Rivers winter wonderland one and so on.” In fact, the wedding of Rivers — daughter of comedian Joan Rivers — produced one of his favorite results. A vivid electric blue provided the base color for the ice-blue wonderland, with lighter blue — almost white — accents highlighting the decor. “I thought it was heartbreakingly beautiful,” he notes, “and I was really sad to see it taken down.”

But celebrities aside, how is business in light of the current recession? After all, clients often see lighting as a dispensable extra. “We've had a bit of that,” Meeker admits, “but interestingly, many event planners have been looking to lighting to replace other decor elements that are more expensive.” In turn, some clients have allotted more money to lighting rather than less. “It's also been bringing us new customers who previously thought us inaccessible,” Meeker notes. “Who would have thought?”

As for what's up and coming for lighting, Meeker has many thoughts. For starters, keep an eye on video. “Once we can control color temperature, [video] will probably supplant everything as the mainstream lighting effect,” he says. “I'm guessing it's five years away or so.” But Meeker can't quite muster the same enthusiasm for LEDs. “While LED lighting is all the rage, it's completely non-expressive, in my opinion,” he notes. “Great for tasks and accenting, but additive color mixing to me seems to pale next to subtractive.” Creating white lighting with LEDs requires additive color mixing by combining red, green and blue light to make white. Instead, Meeker prefers using white light with colored gels as subtractive colors.

In general, “too many people are getting wowed by the technology and are sacrificing a lot in the quality of light in their events,” he notes. Meeker, on the other hand, prefers techniques with less modern-day buzz. “I find that the best tools for sheer beauty in the quality of light are still halogen lamps,” he says, “although over time, I do expect LEDs and video to catch up.”

There are other lighting trends that Meeker would prefer to simply go away. Case in point: fluorescent lights. The lighting technique has popped up in the fashion world of late. “Someone, at some point, must have thought that was cool,” he says. “I have to believe this trend is on its last leg or is hanging by its last toenail …”?

“Lighting is a challenging field because it's so highly technical, but has its roots in art. That means a lot of logistics have to be managed with a lot of precision. Even so, I think that — while growing — awareness of the transformative power of light is still probably the field's biggest challenge. More so than even today's economic conditions.”

“The underlying key that transcends technological innovation is to create environments that look amazing but are also forgiving — that make the people look their absolute best and that highlight the most interesting parts of a space.”