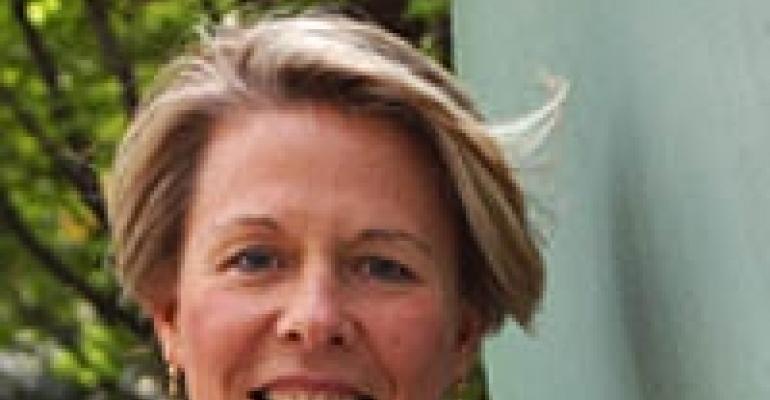 Regardless of which political party ends up winning an election, the political conventions themselves are big winners for event professionals.

Regardless of which political party ends up winning an election, the political conventions themselves are big winners for event professionals. The city of Charlotte, N.C., is already gearing up to the host the 2012 Democratic National Convention Sept. 3-6.

Here, veteran event planner Mary Tribble, who serves as chief of event planning for the "Charlotte in 2012" convention host committee, gives the inside story on winning convention business.

Special Events: Can you give our readers a sense of how big a piece of business the “special events” side of the DNC 2012 will be?

Mary Tribble: From the standpoint of what the host committee itself is hosting, it's really a small percentage of the overall events. In Denver [at the 2008 Democratic National Convention], the Denver convention and visitors bureau tracked 1,200 different events, from an event in a boardroom for 30 guests up to a big party for 15,000. But the host committee in Charlotte will only be hosting about 25 of an anticipated 1,000 events.

Most of the activity comes from a third party, from corporations to allied organizations such as the Democratic governors association. It's a combination of corporations and nonprofits and political organizations, all using an opportunity to reach constituents.

A: Diversity is a major element. And for me personally, I wanted to show a very clear understanding of what our capabilities here locally. Companies are ideally headquartered here or have a very strong relationship here. If they don't, then they need to create a relationship with someone who is!

There was one company we selected which had no Charlotte presence; the reason they got the bid was they aligned themselves with Charlotte people. Everything that we are about is promoting Charlotte—its long-term economic benefit and our local businesses.

I have been in business here for so many years, I know we [the local event community] can pull these events off. We don't need someone coming in and saying, "You need us."

I sold my business [Tribble Creative Group] at end of 2010, and had no idea of what to do next. About three months later, the mayor called me [for the chief of event planning role]. Otherwise, I would be one of those people bidding for all these events! It is so rewarding, so good to give people the business.

Q: How many companies bid on the delegate welcome events?

A: We had 130 proposals from about 40 different companies.

The RFP was so detailed, I applaud people who filled whole thing out. We asked for the company's size, ownership, years in business, etc., along with how they would create an event that was sustainable in nature and how they would help us be successful in our diversity spend.

Also, we asked, what would your approach be? I didn't want menus at that point, but instead, how would you use a particular venue to tell Charlotte's story? We could have had one big party, but we picked 12 different venues because we wanted delegates to see different parts of Charlotte. The other reason [for 12 parties] was, we wanted to spread the wealth. If we hire 12 planners, they will hire 12 florists, 12 caterers, etc. So everyone gets a piece of it.

Q: Can you share some characteristics of winning proposals? What are some smart things that winning companies did?

A: The smart person paid attention to things that looked important in the RFP. We had three to four pages on diverse spend—if you didn't address that, you're not paying attention. If you are smart, you know the host committee will care about local ties [to Charlotte].

In the interviews afterward, I looked to see if applicants were driven by passion to do this, if they wanted to be a part of making Charlotte look good. We're a nonprofit; we don't have a big, unlimited budget. We have to spend money in the right places. It's really important to know these folks wanted to be involved. It's not just about their own bottom line but to benefit the city long-term.

Q: By the same token, what would you say were common missteps in proposals from those who did not make the cut?

A: Some way over-scoped the project. We had a project orientation before the RFP went out; about 400 people came. We kept saying, "These are modest events with modest budgets; don't overbid!" We don't need dancing girls and lasers. The reason we picked the venues we did is that they accurately depict Charlotte without adding a lot. So it was fine to show off your creativity, but they have to know who the client is.

We were looking for 12 companies that we felt comfortable and confident with. I have a staff of five, with 12 events going on at the same time. I have to be confident they can show up on time, set up, handle problems and call us only if they are having a big challenge. Ultimately, it's who do we really feel comfortable with?

In the end, we had some one-person shops, some big companies and some I had never met. It's been exciting for me to meet new people.

Q: Can you share more about what your role entails for DNC 2012? How many other events are you working on for the convention?

A: I've spent the past year planning basically any events the host committee is putting on. Another big piece as we lead up to the convention is the venue management system; I have the right of first refusal with 150 venues in town, making sure they work with us before they book a group. Then during the convention is the welcome event for media—about 15,000 people on Saturday night. Sunday is the 12 welcome parties for the delegates, and Monday through Thursday are events for our donors, who made this possible.

Q: What has been the best about this experience for you?

A: It's been such a learning experience. While I've always been interested in politics, I've never been behind the scenes, seeing how decisions are made and how strategy works.

I'm threatening to write a glossary of terms. For example, what we call a "production schedule" or "run of show," [the politicos say] is a "ticktock." A "surrogate" is usually a politician or someone of note who appears in place of the president. So I hear, "Hey, Mary, I need to get the ticktock for the surrogate."

A: What does the array of companies working on DNC 2012 say about the Charlotte and North Carolina market?

A: One thing I'm proudest of is that some of the highest profile contracts have gone to partnerships that work with local companies. So what that tells me is that Charlotte's business community is deep and wide. And event companies that have survived the recession are now getting some payback. Instead of someone who comes to Charlotte just to take advantage of the convention, I want the people who have stuck it out for the past four years or so.

Charlotte Event Community Cheers as DNC Comes to Town in 2012