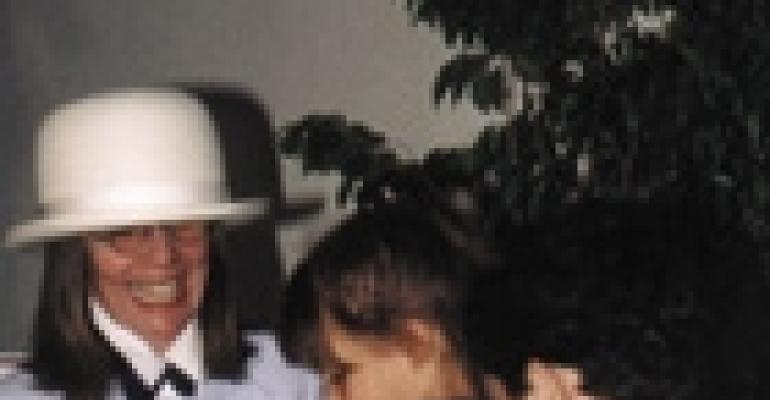 Want to know how to increase attendance and gain recognition at your next event? Many event planners already know the secret: They hire celebrities for anything from performing a concert to signing autographs to endorsing products.

“Star power goes a long way,” says Jill Liberman, senior producer of NorthBridge Productions in West Palm Beach, Fla. “It's a great way to create a buzz to have your event [be] the talk of the town.”

One way to get the most out of a celebrity appearance is to match the right star with your event, says Joanne Brooks, president of Deerfield, Ill.-based Creative Impact Group, a full-service production company. For a trade show, “there should be a tie-in with the product.”

For example, for an automotive parts show in Las Vegas, Brooks booked actor Pat Morita to endorse a product. Morita was recognized for his role on the period television sitcom “Happy Days,” so the client created the slogan: “It's your ride, make it a classic.”

Los Angeles-based celebrity booking and entertainment agency The Hollywood-Madison Group relies on its Fame Index celebrity database to match celebrities with events. Company president Jonathan Holiff started the database in 1993, and today “it lists over 10,000 stars and all their personal and professional contact information,” he says. The database also contains the interests and charity affiliations of each celebrity.

“If you are doing a fund-raiser golf tournament for cancer, we can use the database to find celebrities with relatives who have had cancer or who already support other affiliated charities,” Holiff says.

Matching a celebrity to the right cause is imperative, he adds. “Celebrities are usually offended when they get invitations to things that they have no interest in. It's like inviting [actor] Wilford Brimley to an animal-rights fund-raiser. Our database has him cataloged as a hunter.”

When looking for a celebrity, you should provide the booking agency with as much information as possible, including the talent budget, the audience size, the type of event (is it private or were tickets sold to the public?), the name of the person who will sign the contract with the celebrity, the venue, other performers on the bill, the length of the performance and the technical specifications of the venue, Holiff says.

Unless you are related to Madonna or Ricky Martin, you will pay a big price for such big-name talent. “Ricky Martin charges $1 million, but that's because he's really hot right now,” says Leonard Neil, owner of Los Angeles production company Leonard Neil Productions.

“The price varies depending on the celebrity and his or her availability and the length of the event,” Liberman says. “If it's a trade show and you want a celebrity for one hour, you can get one for anywhere from $10,000 to over $600,000.”

For event planners with small budgets, Brooks suggests using more “cost-efficient celebrities” such as television stars from older shows and sports stars who have retired.

Or you can hire talent before it becomes famous. “If they haven't made it big yet, it's like buying stock,” Neil says. “You get the entertainment value out of somebody who's not a star yet.” In the 1980s, Neil hired an up-and-coming comedian to perform at a corporate holiday party for less than $5,000. His name was Jerry Seinfeld.

You also can use technology to have a celebrity at your event. “You can pre-produce a video of the celebrity that's addressed directly to the group,” Neil says.

And if you have no budget for talent? Try targeting the celebrity with a personal affinity for your cause. “The Leukemia Society of America asked us to get them a big star for an event but had no budget,” Holiff says. “Because of the charitable nature of the project we were successful in landing Diane Keaton [because] her father died from cancer and she had just been nominated for an Academy Award playing a leukemia sufferer in the movie ‘Marvin's Room.’”

When you hire a celebrity, you sign a legally binding contract that lists the price and terms of the agreement. “You want to get as much in writing as possible to protect yourself,” Liberman says. Some celebrities don't like to sign autographs or have their photograph taken, which is why you need to make everything clear before you sign the contract.

The rider details all costs including travel and accommodations, production costs, food and beverage requirements, and security and safety issues.

Understanding the rider can help you avoid legal problems. “Don't assume that you can videotape the event just because you're running image magnification,” Neil adds. “If you want to image-magnify the concert, that's not a problem, but pushing the ‘record’ button is a problem. Most artists will turn you down if you ask to record.”

Though riders bind the celebrity to attending the event, many contracts have a “30-day out clause” allowing a celebrity to cancel an appearance if he or she gets a call for another project, Neil says.

In those cases, booking agencies have a list of fallback candidates. Liberman, though, says she has never known a celebrity to not show up. “You are working with professionals that have a reputation to maintain,” she says. “They come from a ‘show must go on’ mentality.”

Liberman highly recommends using celebrities to give an event that added excitement. “If you have a celebrity at your event — even if the food is cold and the air conditioning didn't work — the people will walk away and remember that celebrity and not the things that didn't go right.”