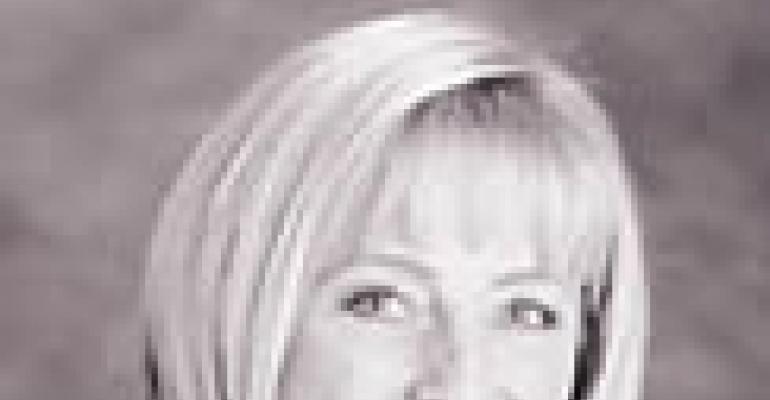 I'm having so much trouble reaching event planners these days — they're all tied up with producers begging them to appear on TV shows. At least, it certainly seems that way.

As you read in our January issue, cable show “Whose Wedding is it Anyway?” peeks into the professional and personal lives of eight wedding planners. Two weeks ago, MTV asked if we'd help them find party pros to appear on a show revealing the inside scoop of developing, as the producer put it, “an over-the-top, outrageous Sweet 16.” The runaway network hit “The Apprentice” — featuring improbable job auditions overseen by improbably coiffed Manhattan tycoon Donald Trump — just aired an episode showing seasoned event pros being pitched a pricey venue. (The venue was, not surprisingly, the penthouse at Trump World Tower.)

Just how much reality is going into these “reality” shows is open to question. Howard Givner, president of New York's Paint the Town Red, had a memorable 15 seconds of fame as one of the planners considering the space. “We signed a release which gave them permission to completely distort reality and make us look like fools if they wanted to,” he says. He balked at the outlandish fees the Trump-staff wannabes were pushing on him: “We knew they were trying to show off their negotiating skills, but the last thing I'm going to do is have some Xerox salesman from Oshkosh convince me to pay above-market rate for an event space when I make my living by being an expert in this area.”

But he says that fame is fun. “The minute we walked up the steps to the building, the camera guy and the mic guy jumped to attention and grabbed their gear and ran up to us, putting the camera right in my face,” he says. “I felt like Martha Stewart arriving at court.”

Event planners are celebrities right now, and that scares some in our business, who fear that a new wave of eager but unqualified people who have never supervised anything beyond a backyard barbecue will start trying to find work as event planners. And they probably will.

But those with no talent will wake up to that cold reality, as they do in any demanding, competitive business. Those with talent may be the next people you hire.

The millions of viewers watching these shows also include potential clients, who for the first time are seeing what brains, skills, tenacity and passion it takes to put on special events.

And they may be the next people hiring you.