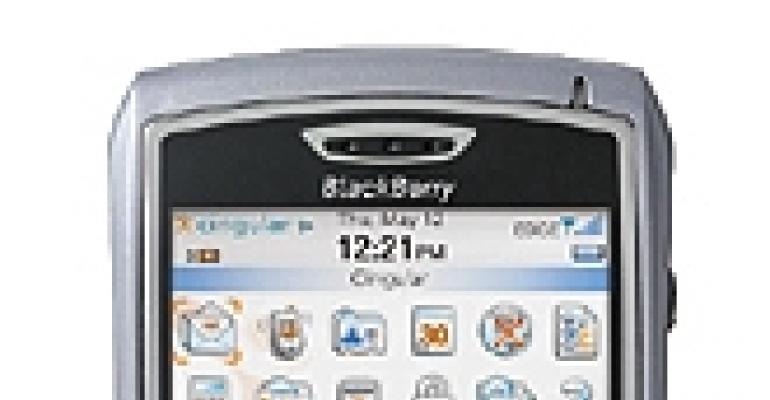 She chose her BlackBerry, with its high-resolution display and integrated attachment-viewing feature, for the range of functions it offers. “It can act as a cell phone and home phone with voice mail, and do text messaging,” she says. But she ranks the device's wireless e-mail capability as its most important.

“I am in the hotel industry, and clients have certain days or hours to change a final count, add to a menu or cancel the whole event,” she says. “Having the {wireless e-mail} feature means I can forward a cancellation or addition to the chef or the banquet manager, so they can add or cancel staff scheduled to work.”

And while she says her BlackBerry currently serves her needs well enough, she wishes she could view presentations and Adobe formats. “If they come out with a video presentations feature, I will change {to a new device},” she states.

Her words of wisdom to event experts in the market for a wireless e-mail unit? “Ask questions! Everyone has different needs, and it is important to figure out what is most important to you, then find those features.” But no matter what, she cautions, “It is very important to have a device that uploads to your desktop computer all the changes you made.”

So, what's the big deal with her wireless device? “First of all, I love having all my PDAs {personal digital assistants} combined into one gadget — my schedule, my contact database, phone and e-mail,” she explains.

What's best about her BlackBerry — which allows access to voice mail, e-mail, Web browser, instant messaging and organizer applications via a 33-key, PC-based keyboard — is that it keeps her off the phone and thus able to receive and respond to important messages during those brief windows of downtime between critical event-planning tasks. “Instead of calling, my office e-mails me, which is much more efficient as I am able to get back to them in between meetings when it's convenient for me,” Oren says. “I can also check e-mails while I'm waiting for a client, etc. This is great when I'm out of the office all day — I don't have to spend half of the next day trying to catch up.”

Speaking from experience, Oren's advice to industry colleagues is to lighten up. In addition to the handheld BlackBerry she purchased a little over two years ago, she also invested in “a great Dell laptop that is light” and equipped with wireless Internet access. With the two devices, “I can work practically anywhere, so when I have returned to the office, I have really missed nothing.”

TIP: Get the who, what, where and when — and then some.

While he doesn't send or receive e-mail with his Nextel i930 “smartphone” (a term that describes a mobile phone with added information-management capabilities), McCook, Ill.-based Chicago Party Rental president Ben Shipper IV uses the device to keep connected in other ways.

Shipper's i930 allows him to access his Microsoft Outlook calendar and contacts on a wireless phone. “The calendar with reminders for appointments is great,” he says. “It helps keep you moving through a meeting when the reminder sounds for your next appointment.”

Another benefit? “I use the built-in camera to send pictures of an item or equipment part I might be trying to describe to a co-worker just to make sure my description matches his vision of my description.”

Sure, it would be great to “have an iPod built into the phone, instead of Windows Media Player,” Shipper says. But for now, he's happy with the i930, which he just switched to in January from an older model.

Other event professionals thinking of upgrading or changing wireless phones would be smart to use the approach Shipper used in making his Nextel smartphone selection. “Make sure that there is enough room to store at least twice as much {information} as you think you need,” he says. But, on the other hand, “Don't get more features than you need. It might be nice to have a wireless device that does everything, but it might not do anything very well.” In general, he advises, “Try out the device first, see how intuitive the design is. Does the device guide you through tasks, or is it cumbersome to use?”

Waiting in the wings of the wireless stage is Paul Creighton, CSEP, of Orlando, Fla.-based T. Skorman Productions. While he would prefer to have his cell phone and PDA combined into a single unit, “It seems that you have to sacrifice quality in one or the other to get them together,” he notes. “Since I do the bulk of my work on the phone, I can't afford to sacrifice quality.” Regarding wireless e-mail, he says, “I've been waiting until the market matures and the technology improves before jumping in.”

But that wait may be over for the event entertainment expert. The Treo 700w smartphone from handheld innovator Palm — a unit that uses Verizon Wireless' BroadbandAccess service, and, in a first for smartphones, runs the Microsoft Windows Mobile operating system — has caught Creighton's eye. Noting the Treo's reputation for good phone quality, he says the buzz on the device, launched at the Consumer Electronics Show in Las Vegas in January, has just about convinced him to pick one up.

The most attractive feature of the new unit, and the one he thinks bodes best for industry members looking into the smartphone market? “Windows technology. That's the world I live in. All of my programs are in Windows, including Outlook, Word and Excel.”