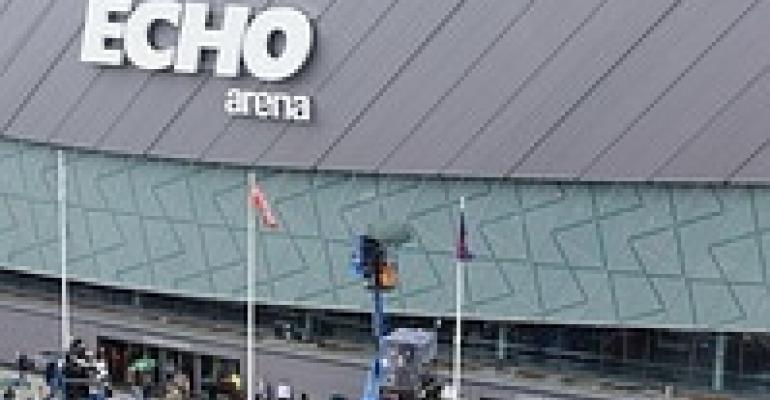 The city of Liverpool, England, continued its "European Capital of Culture" year this week with a five-day street theater event featuring a 50-foot tall mechanical spider. On Wednesday, residents saw the spider clinging to the side of an office building; today, it "awoke" and crawled to the city's new Arena and Convention Centre.

The giant arachnid is made of steel and poplar wood; it is operated by 12 people strapped to its frame. The spider was built by French company La Machine, which drew an estimated one million people to the streets of London in 2006 to view its 42-ton mechanical "Sultan's Elephant."