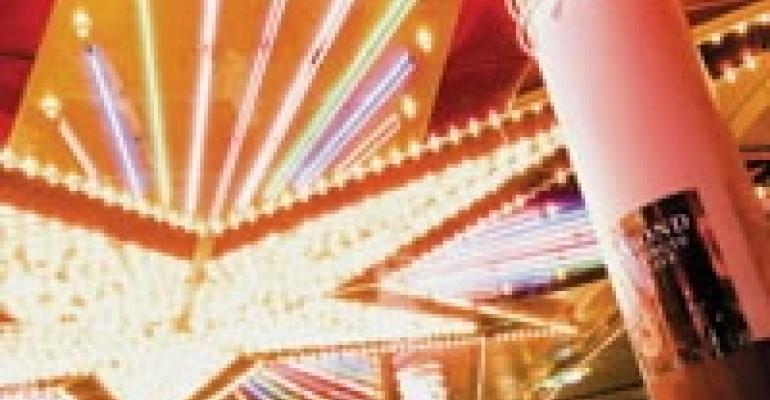 There is luxury, then there is unique luxury. That's the distinction that Wuppertal, Germany-based Vok Dams Group sought to create for premium car-maker Lamborghini. For a series of two-day press launches of the Gallardo LP560-4, held over a two-week period in May, the team developed an event that turned the lively scene of Las Vegas on its head, with the dinner table serving as a performance stage and the dining tent doubling as a dragstrip.

“The clientele of this event had been to so many car events before, they needed something special to be impressed,” says Vok Dams CEO Colja M. Dams. The event team chose Las Vegas because “there are few places where luxury is so shiny and money is so obvious.”

The audience — a mix of some 600 automobile, business and lifestyle journalists along with international suppliers and dealers — was broken into 16 groups for the series of events.

Day One featured dinner in a custom tent on a parking lot between two big Vegas hotels. The centerpiece of the tent was a 98-foot banquet table, which did far more than simply present plates of food. Between courses, various acts representing the brand values of the car hopped up on the table to strut their stuff. For example, the Lamborghini's image as a powerful car came to life in the form of stuntmen enacting a mock battle down the length of the table. The car's high-end style took the form of elegant models in designer clothes, who treated the table as their own catwalk. The car's Italian soul was represented by a classical singer performing a rock rendition of an Italian aria.

The dinner tent itself did double duty, its walls serving as projection screens for images of Lamborghini cars. Underscoring the “always different, always Lamborghini” message, the event team juxtaposed the colorful neon landscape of the Vegas Strip with stark black-and-white images of the new models. Openings in the tent walls served as frames for two Gallardo LP560-4 cars, which drove up to the tent. Lighting in the tent dimmed so guests could concentrate on the engines' distinctive roar.

The next day, the Vok Dams team delivered the event guests to the Las Vegas Speedway in high style — via helicopter. After being tempted by the new cars the night before, guests had the chance to test-drive the cars around the track and on a special course in the middle of the track oval. The day ended with a test-drive through the Nevada desert.

The event “allowed guests to fully immerse themselves in the world of the Lamborghini brand and product,” Dams says.