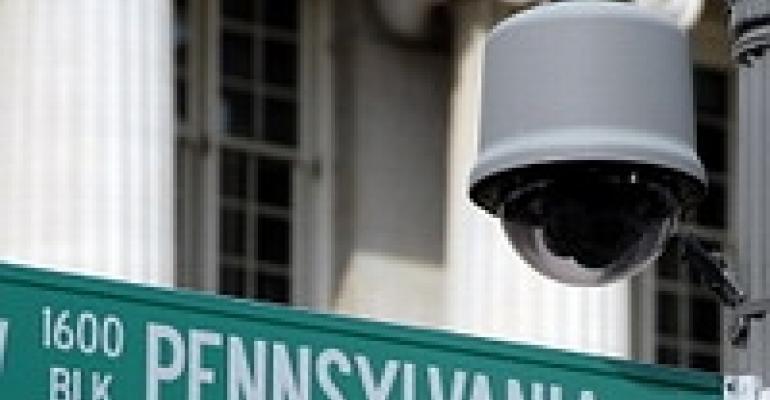 The holiday party business may be in the doldrums, but event professionals in one town are going into high gear. Hoteliers, caterers and production pros in Washington are pinning down details of the range of festivities surrounding the inauguration of U.S. president-elect Barack Obama on Jan. 20. The sweeping change that the Obama win brings for the political landscape is also bringing a new wave of clients, events and energy to the D.C. scene.

B. Scott Button, director of catering and convention services at Washington's Fairfax at Embassy Row Hotel, says his guest rooms sold out "in about 20 minutes" on Election Day, Nov. 5. "As far as events go, I've had the ballroom booked since 2004 for [socialite] Buffy Cafritz's inaugural eve gala that she's been hosting since the '80s." He describes his bookings for next month's inaugural events as "much better than 2004. It's about the same as 2001, but we're getting a much higher rate on all fronts."

Due to heavy demand, the Ritz-Carlton, Washington DC will likely be completely booked not only for Inauguration Day events but the two days before as well, notes director of social catering Annie Boutin King. "Due to both an administration change and the historic nature of this event, there are many more events in previous years, and people have started booking earlier," she says.

Halethorpe, Md.-based production company Showcall USA has had the veteran Texas State Society Black Tie & Boots Inaugural Ball booked "for months," says company cofounder Ajay Patil. Even better, "We continue to receive calls every day for events all across the city." He praises the organization of the Obama team: "The Obama camp really has their act together, in that they put together RFPs and bid business out. They are very organized, which is unusual during the madness and short turnaround time of a presidential campaign."

Specifics for official inaugural balls, planned by the Presidential Inaugural Committee, are not yet final, but the event industry is buzzing about what shape the events might take. Dale Harmon, special events coordinator for Silver Spring, Md.-based event-foliage provider Plants Alive!, notes, "The major topic of conversation is that there will not be six or seven separate inaugural balls but rather one huge tented event on the mall so many more people can attend. We shall see what plays out."

As for private events, the dour economic outlook is--predictably--putting a pall on some parties. Harmon notes that some of his longstanding clients won't be hosting events next month. "Fannie Mae and Freddie Mac, for example, have totally canceled their events," he says. "And I don't plan on much from the auto industry and major insurance companies for the obvious reasons." Even so, "There are other large events, like MTV [Be the Change Inaugural Ball] and Google," he says, "and new entries, like Oprah Winfrey, planning large events."

Susan Lacz, head of veteran Bethesda, Md.-based caterer Ridgewells, is hoping to land just such a new client. She is at work to close a deal for a three-course, sit-down party for 7,000 guests. The host organization "typically would never entertain on this scale," she says, but the fact an African-American will become president has changed the event landscape.

Because of the sour economy, even hosts with big budgets are taking pains to avoid looking lavish. Main Event Caterers, based in Arlington, Va., is enjoying twice as many inquiries about inaugural events as in years past, notes executive vice president Nancy Goodman. Even so, "The host does not want to have the appearance of spending a ton of money. For example, in lieu of crab cakes, we're proposing less expensive, comfort food such as shrimp fritters or barbecue beef cocktail sandwiches," she says. "Some don't even want it to be known they are the host." Other clients, she says, are turning their traditional client-appreciation party into an event that gives back to the community. For example, some hosts are inviting disadvantaged local high school students to parade-viewing parties.

Andrew Gerstel, vice president of Alexandria, Va.-based Windows Catering Co. , describes the mood of upcoming events as "a bit more subdued" than in years past. "We are seeing less lavish decorations, while still maintaining a patriotic theme, and a continuing trend to comfort foods," he says. "A lot of our clients are staying away from fusion or trendsetting menu items and staying with more recognizable foods. The tone for these events is one of excitement and cautious optimism, which I believe is being expressed in their approach to things like theme and decor elements, souvenirs for attending guests and more casual service." A challenge event pros face: Budgets are somewhat smaller this year than four years ago, while guest counts are higher, Gerstel says.

David Fletcher, owner of Washington-based Washington's Best Musicians, notes that his flagship band, Amaretto, is already booked for the People's Inaugural Ball. Even so, the inaugural event business is "not as good as the '80s or '90s," he says. "There was also a big change in lobbying rules in the '90s, so drug companies, HMOs, etc., have to be more careful."

The "good old days" for the Washington event industry, most agree, were the eight years Ronald Reagan was in White House, starting in 1981. The Bill Clinton years, 1993-2001, while less formal, were still "party all the time," say those who worked parties at the White House then, Goodman says. "Then with the Bush administration--nothing."

The most distinctive feature of inaugural events, many event pros say, is rigid security.

Kathy Valentine, CEO of Arlington, Va.-based caterer Design Cuisine, says her team has been in operations meetings for "months" to plan event logistics. Security requirements established for the last inauguration, in 2005, require that food must be delivered the day before the event. The Design Cuisine team is checking into the ability to book refrigeration in restaurants near event venues. "If not, we'll bring in trucks, and if we can't bring in trucks, then refrigeration units," she says. "We use best-case planning, knowing that things will change."

Another wild card in next month's events is the possibility that the parade route will be lengthened from years past, opening up more venues lining Pennsylvania Avenue as potential party sites. Such a change would also lengthen the duration of parade-route parties, Valentine notes, and shift staff scheduling. She is considering bussing staff in from Philadelphia and Richmond, Va.

Another distinctive feature of inaugural events--the official events--is that they are not nearly so glamorous as outsiders might believe.

"Inaugural balls have usually meant an expensive ticket, a crowded room, a cash bar and cheese cubes," Lacz says. "And you can quote me!"

"If anything, the inaugural events often fall well below usual Washington planning standard for a variety of reasons besides security," Fletcher says. "One is that individual states plan some events, and planners from these states have very little experience, and sometimes come to Washington with the notion that they know better than the locals. I suppose there is an analogy to some politicians who run 'against' Washington, and then ignore us once they get here. Last time, at one of the biggest events, no one thought to have a coat check, so at the end, 800 coats were on the floor."

And it's always politics as usual: "Because there is no need for repeat business," Fletcher says, "no one complains and they will forget, or there will be a new set of attendees in four years anyway."