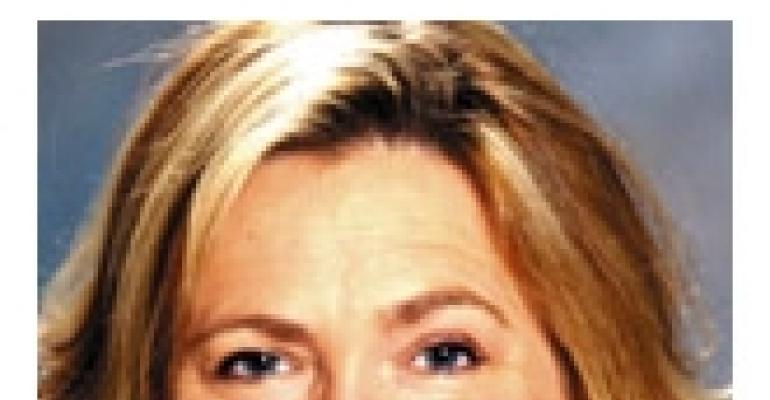 WHOSE WORK IS IT ANYWAY?

I admit I love the beginning of the new year. I am a “resolutions” person. Every year I resolve to exercise more, drink less, read more, write more, take more time for myself … yada yada yada. Well, this year I am adding a new one to the list — start protecting pictures of my work as an event producer.

In the 12 years that I have worked in the special event industry, I have never been so incensed by what I deem to be a professionally immoral practice that I felt compelled to voice my concerns publicly … until now.

The unethical practice of using another company's event photos and claiming them as one's own seems to be a rampant disease infecting our industry. I have heard the same complaint from other event producers, prop companies, florists, entertainers and linen companies. This outright blasphemy needs to stop.

Last year I witnessed one of these deplorable acts firsthand. My colleagues and I were invited to a presentation given by a new prop company. They greeted us with smiles, walked us around the warehouse, and then sat us down to go over some of “their creative treatments.”

By the third treatment, I was incredulous. They were showing us pictures of a building facade that I had produced years earlier to fit a specific event theme. The photos were of the event, not just the backdrop that belonged to the prop company that had built it. I asked the obvious: “Do you own this prop?” I honestly thought the answer would be, “No, we cross-rent that from another company in town.” Instead, they stated they owned the prop, and it was in their warehouse. When I asked to see it, the prop company's staff quickly backtracked. Suddenly, it was possible the prop was “in their other office, out of state.”

We continued through the presentation. Again … and again … we were shown pictures of props they claimed as their own but that we personally knew were clipped from established prop companies' Web sites. I have been buying props in Florida for more than 10 years. I pride myself in knowing who has what, so you can imagine my absolute shock at how this company was misrepresenting themselves. Why they found it necessary to claim other company's marketing photos as their own doesn't make sense to me.

Another blatant episode happened this past August. Walking through a trade show about an hour prior to its opening, I passed a 10-by-10-foot booth of a well-known audiovisual company. Across their backdrop was a lone blown-up photo and their logo. The picture was of the themed lunch that I co-produced with Mark Wells of Orlando, Fla.-based Hello Florida in 2003 for The Special Event. Entitled “Evolution Revolution,” this event brought together the talents of Charlie Cheesey, Tish Ish, and the VOG Omni Star; the brilliant technical elements were brought to life by the talented Scotty Zellner. I remember specifically asking this company to participate in the show, and they refused.

If your clients are like mine, they demand pictures. They want to see what they are buying. Rarely do you get to produce an event for a paying client without visuals. I admit I have called a supplier and asked for copies of pictures of a product, knowing the pictures could have come from someone else's hard work and not specifically the supplier's sole idea. I reassure myself that the supplier has “permission to use this picture from whoever paid them for the gig.”

I once hired a florist who took pictures of the centerpieces I asked him to make. The centerpiece sat on a table I put together using product from three additional vendors. The florist took pictures even after I told him not to. By the next morning, it was on his Web site, noting my client's name but not mine. Technically, I was the client, but he chose to use my client's Fortune 500 name. Additionally, they showed pictures of the entire space. Anyone would assume the florist's company had decorated the entire room. Most troubling is that I had signed a “no photography” clause with my pharmaceutical client. This florist could have cost me a high-budget account.

There are many companies that are doing a great job giving credit where credit is due. One example is the BBJ catalogue. They mention both the designer and the photographer. Airstar also makes a huge effort to name the event producer and how Airstar's product was creatively used in their newsletter and Web site.

… I guess we could adopt a “Mission Impossible” industry standard of doing business. Imagine with me our client, Mr. Hunt-For-A-New-Creative-Concept, receiving our digital proposal (insert soundtrack here). “Good morning, Mr. Hunt. Your event, should you choose to accept it, involves a very creative event design with fabulous lighting and high-energy entertainment. You may select any two of the proposed bands, but it is essential that the third piece of entertainment be the DJ. She is a highly capable professional entertainer. You have 48 hours to sign the contract and meet me in Seville for the site inspection. As always, should any member of your team be caught sending this confidential creative treatment to a competitor, we will disavow all future conversations. And, Mr. Hunt, the next time you go on holiday, please be good enough to let us know where you are going. This message will self-destruct in five seconds.” Sizzle, sizzle, puff. Our top-secret creative proposal is protected.

I know my scenario is restrictive and demanding of higher standards of professional behavior, but it is necessary. I recently had a presentation where I knew my previous employer's Web site had the best picture of the product I wanted to propose. It took every ounce of moral fiber I had not to just clip that picture off their Web site to show the prospective client. Instead, I found royalty-free images on a Web site and combined them for the presentation with pictures of an event I had produced that contained pieces of what I wanted to do for that particular theme.

So, to put my resolution in action, we now ask suppliers to sign a document agreeing not to take pictures at events we produce or requiring them to get permission to use the pictures for their personal marketing purposes. It eliminates them sharing with your clients directly or offering them to your competitors. Make them sign a “no photography” agreement. Please note: I am not pointing fingers at our suppliers; it just seems like the easiest first step of clear communication of who owns what. I own the event concept. They own the prop.

Another option I have heard of is to watermark all photos. I have been on Web sites where pictures are password-protected or are built into the flash so it is difficult to “clip” them from the sites. Additionally, the standard practice of sending protected PDF files versus the typical unprotected Word documents has been popular lately.

I also want to be clear that I am not addressing creative evolution, being inspired by or re-creating something you experienced. I find it very flattering if someone saw pictures or attended an event I produced and was inspired to do something similar for their client. A peer once said to me, “This hot button of yours — there is a very fine line.” I disagree. To me, it is very clear. You do the research, source the best products and prices, do the work and document a great event. Or, you did not do the work and you claim you did. Period.

So Mr. Hunt-For-A-New-Creative-Concept, your mission, if you choose to accept it, is to create awesome events, give credit where credit is due, protect yourself as best you can from takers, fakes, liars, and as always … stay inspired!

(Portions of this article are inspired by the TV and movie series “Mission Impossible,” written, created and produced by Bruce Geller.)

Stacey Paul Barabe, CSEP, is a Gala Award-winning producer with more than 12 years of industry experience producing hundreds of corporate events. She is currently a Special Events Magazine Advisory Board member and director of sales at Absolute Event Experience/Event Mall of Orlando, Fla.; phone 407/825-9395; www.eventmallusa.com.