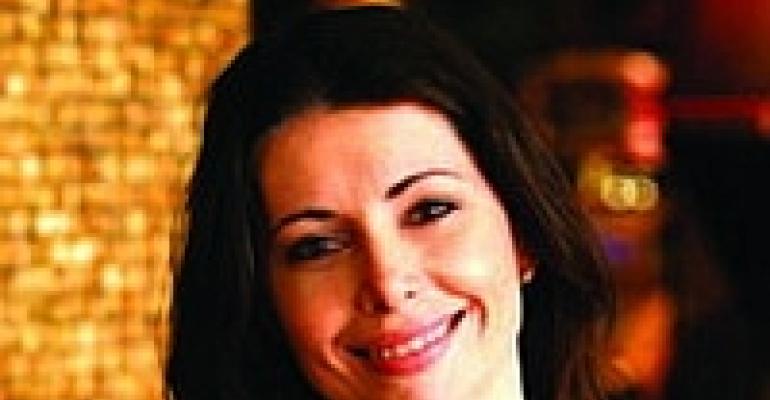 Before Patricia Richards oversaw 25 bars as the mixologist at Las Vegas' Wynn and Encore resorts, she headed one. But boredom and a dislike of breathing smoke every night pushed the 20-year veteran of the hospitality industry to make a change. Now she's one of the first — if not the first — female mixologists to work in Vegas on such a scale. Not that the cocktail business at a luxury hotel is all champagne cocktails and caviar dreams. It requires plenty of hard work, a head for business and an excellent palate to boot.

Heading up Wynn and Encore's cocktail program came after Richards tackled a cocktail program of a different color. Richards took a 12-week course at the Academy of Spirits and Fine Service, associated with liquor distributor Southern Wine and Spirits of Nevada. This put her on the fast track out of straight-up bartending when, soon after completing the course, Wynn vice president of food and beverage Steven Weitman offered her a promotion.

While Richards' position has clout, many still view a mixologist — a relatively new profession — as little more than a glorified bartender. It's not, Richards says, though she's quick to point out that this shouldn't detract from the bartending field. “Some bartenders really care and are passionate about creating cocktails,” she notes. For her part, Richards now creates new cocktails, meets with vendors to test new products, teaches and trains staff, and serves as the spokes-woman for the Wynn and Encore's beverage program.

To help her perform these tasks, she relies on her refined palate and the fact that she's “tapped in to the pulse of the cocktail world,” she notes. “Our warehouse can have 200 bottles of an obscure liqueur sitting there for a couple of months,” she relates, “and I can create a recipe with it, turning this ‘inactive inventory’ into company profits and top-selling cocktails.” Richards also is responsible for cocktail pricing, menu descriptions, and the taste and integrity of house-made syrups and infusions. In addition, she has to stay on top of the ever-changing trends in cocktail culture. These days, Richards likes the Japanese fruit yuzu, guava, blackberries, blood oranges, mangoes and ginger. And what's played out? “Anything called ‘tini,’ like a ‘Berry-tini,’” she says. “Also, I am using a lot less pomegranate because it is starting to have run its course.”

As for how to approach cocktails in the current economy, Richards has sensible advice. Sangria, she notes, is a crowd favorite and isn't hard on the wallet. Even cheaper? No liquor, she notes, an especially smart move if you're concerned about liability issues.

But don't expect a dry event at May's Vegas Uncorked “Latin Libations.” Richards has concocted a “Blood Orange & Ginger-rita” for it, to be served alongside Wynn chef James Benson's spot prawn topped with a confit of blood orange and a cilantro-ginger salsa. As someone endlessly interested in flavor profiles, Richards says what you would expect about the pairing: “I can hardly wait to try it!”

METHOD: Combine the above ingredients in a mixing glass. Add ice and shake well. Strain over fresh ice into a highball glass. Lay a thin slice of fresh blood orange on top of cocktail for garnish. Serve.