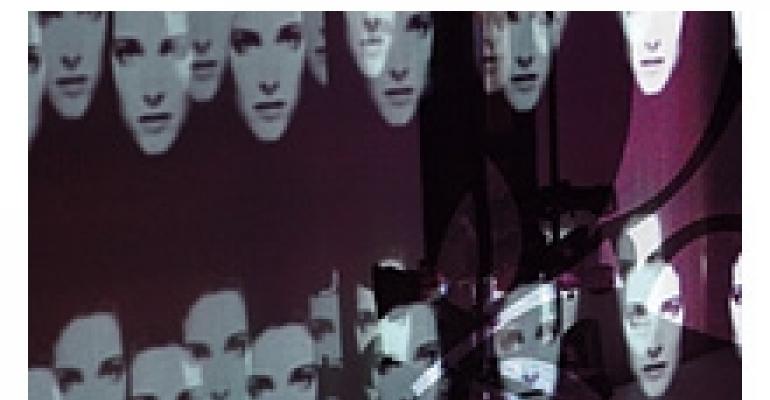 FOR Lancome's Color Designs Awards in May — where the first Makeup Artist of the Year award was presented — the cosmetics group hired Wuppertal, Germany-based Vok Dams Group, which decided to endorse on-the-rise makeup artists and present the distinctive Lancome brand in a suitably spectacular way.

Vok Dams threw out traditional staging ideas for this event. “We did not want conventional staging for the extremely pampered target group and audience,” project manager Sandra Hiller explains. Instead, a smart-stage set, in combination with elegant branding and decor, positioned makeup as an art form and won Vok Dams a Gala Award for best theatrical entertainment production.

The unique venue E-Werk, formerly an electrical substation in Berlin, was transformed into an energetic space with three stages — one for performances, one for interview-style judging and one for live makeup exhibitions. For added impact, the stages were arranged in “an 180-degree U-shape, embracing the audience,” Hiller says. The U-shape included the audience in the action and engaged them in the heart of the event — the talented makeup artists.

The interactive demonstrations showcased cosmetics exhibitions in two disciplines, “Caractere: Fashion inspired by makeup” and “Artist: Turning makeup into art.” The competitions took place in open boxes on the stage, allowing the audience a sweeping view of the action. Hiller explains that the departure from the traditional theater-style seating made for a more personal and authentic award presentation. The “integration of the audience created closeness between actors, dancers and guests,” she says. The full program fused the makeup challenges with other entertaining interludes that supported the makeup-is-art theme with a lively mix of the arts, including percussion, music, a dance show and video performances.

To clearly communicate the brand's glamour and style, Hiller says, Lancome's handwritten logo and “rose” symbol were incorporated throughout the venue. Additionally, “The furniture and flower arrangements showed an interesting contrast between simplistic and opulent elements,” Hiller notes. The event team incorporated gossamer materials and elegant lighting into the decor to properly reflect Lancome's sophisticated brand.

Indicative of the event's success is the fact that Vok Dams has already contracted with Lancome to create this year's ceremony. Hiller says, “It was so successful that upcoming events should include even a broader mixture of lounge atmosphere and spatial performance.”