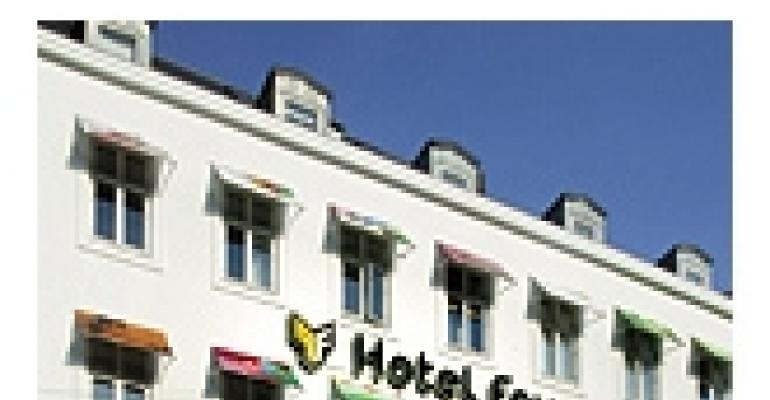 IMAGINE an automotive marketing event literally created by its target market. Imagine a product launch going far beyond the usual outreach to industry media to inspire 300 million impressions, due in part to ongoing blog coverage by its own participants. Eventlabs of Hamburg, Germany, did more than imagine such an event — the company created it. Project Fox, which launched the Volkswagen Fox in Europe, was such a dazzling success that it won two Gala Awards last month, including the category “Best Corporate Event: Overall Budget Above $500,000” (see pages 24-32).

On behalf of client Volkswagen, the Eventlabs team — headed by Cedric Ebener, Fabian Tank and Holger Pütting — staged a traditional launch for the Fox, a small car geared toward young people just starting their careers. Over a three-week period in April, the team invited 740 international journalists in groups of 20 to 40 to Copenhagen, Denmark, for a two-day visit to test-drive the car and experience the brand.

But instead of using the budget to treat journalists to the usual glamorous junket, the event team hired more than 200 20-somethings beginning their own careers in design, music, fashion, gastronomy and hospitality — themselves the opinion-leaders of Fox's target market — to create the brand experience. Starting just four months before the press event, the young designers fashioned three venues in Copenhagen for the journalists: Studio Fox — a lecture hall, media work station and art gallery (open to the public) featuring Fox-inspired art; Club Fox — both a restaurant for the journalists and a club for the young Copenhagen party scene featuring more than 50 upcoming musicians from throughout the world; and Hotel Fox — a rundown property transformed in three months by Project Fox-backed designers into a hip hotel and operated by the budding hoteliers as the host accommodations. Unlike most events that vanish after their course is run, Hotel Fox has been taken over by its owners after they agreed to maintain it — including room rates affordable for the Fox target market — for the next five years.

Eventlabs recruited the young creative team through various channels. The artists were recommended by a renowned Berlin book publisher. Top hotels, hotel schools and chefs sent in applicants, while one of Eventlab's freelancers — himself a well-connected booking agent — signed up talent for Club Fox.

The result was the Fox car serving as the catapult for the event experience of the young, urban, mobile lifestyle. Hotel Fox offered 61 entirely different rooms, many featuring dramatic super-graphics. Studio Fox displayed the Fox as art, allowing the public to watch as artists used seven white Fox cars as the canvas for their creations. The dinner menu at Club Fox included such edgy dishes as asparagus ice cream, white tomato soup, transparent carrot lasagna and, for dessert, “journalists had to stuff a spearmint leaf in their nose and leave it there,” Ebener notes. “They loved it!”

Turning over so much creative power to young artists was risky because, of course, they are young artists. But Ebener says that problems were few. “We didn't give them too many rules to break,” he explains. “That was part of our success — the idea that these young people could realize their own vision and ideas. Our only rules: We didn't want any religious comment, discrimination, racism or sexism.”

The gulf between the two entities — global player Volkswagen and street artist — was wide. “We had a multi-billion-dollar company on one hand and a guy from Brazil happy to have enough money to buy his cans of spray paint on the other,” Ebener explains. But Eventlabs never hid the fact from the artists that Project Fox was a commercial endeavor for Volkswagen. In turn, Volkswagen was cautioned that nobody would know how the hotel rooms or other aspects of the event would turn out.

In the end, this honesty helped defuse an “anti-Fox” campaign — including graffiti and TV and radio shows debating the worth of the project — that cropped up in Copenhagen during Project Fox. “It was solved by the target group itself,” Ebener says. “Since we had included so many opinion-leaders from Copenhagen, they convinced the uninformed critics, and they withdrew their campaign. That's open-source marketing!”

The event transcended the impact of the traditional car launch. Besides the trade press, 200 journalists visited Copenhagen to write about Project Fox, “media that hardly ever covers a car presentation,” Ebener notes.

“Journalists entered an authentic, soulful young world in which the VW Fox is the desired means of transportation — nothing more, nothing less,” he explains. “The car — the product — is not the star. Project Fox had no individual head, but many self-confident, young protagonists playing on a strong team.”