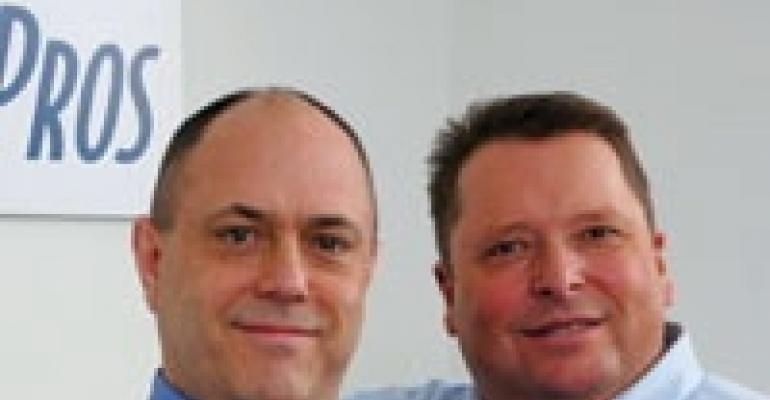 EventPros John Short and Bill Svoboda on Building Their Business

As an event planner for the Greater Kansas City [Mo.] Chamber of Commerce for 18 years, Bill Svoboda learned a lot about small businesses with big aspirations. It was their successes that inspired him and John Short, CMP, to strike out on their own in 1992 and launch EventPros. And it was the projects these small companies brought to Svoboda and Short's fledgling production firm that accounted for EventPros' early success. “We learned that there is a core of business owners that try to support entrepreneurs,” Svoboda recounts. “People really wanted to give us an opportunity and took a chance to hire us.”

The excitement hasn't stopped for either Svoboda or Short as the partners celebrate their 17th year in operation. And both are as enthusiastic as ever about corporate events, which make up the bulk of EventPros' business — this despite the adverse effects of a down economy.

In 2008, for instance, while other event business owners were wringing their hands about tightened budgets, canceled events and the prospect of more bad news to come, Svoboda and Short debuted a communications services department. As Short explains, the duo created the new department to compete directly with marketing and public relations firms that were cutting into EventPros' market share. “These companies were handling events, but they didn't even like doing it — they were just doing it because their clients needed it,” Short says. “Because they weren't making any extra money on events, they weren't hiring us to do them. They were just doing the events themselves, and not doing a very good job.” With its new division, EventPros is able not only to sell clients on the strength of its event-production capabilities but to add value by offering marketing and communication services such as Web development, scriptwriting and video production. Short adds, “It speaks to our fiscal responsibility that we were able to bring in-house a lot of services we were farming out.”

It also speaks to EventPros' determination to make a go of it in rough seas. These days the company handles 30 or so major, often multi-day corporate events, traveling from Connecticut to Mexico to do so. Not only that, but EventPros produces Kansas City's an-nual Fourth of July blowout — KC RiverFest — for which it received a Gala Award nomination last year in the “Best Fair/Festival” category. Not bad for a com-pany that launched during the chilling aftermath of 9/11. “We were told repeatedly that we were crazy to start this endeavor in that economy,” Svoboda says. “But we believed that a great product in any com-munity, regardless of market conditions, is always going to be a great product.”

Svoboda: “Anytime I go to a traveling Broadway show or to a show in Las Vegas, I need to see the show a couple of times. The first time, I'm more intrigued with how they did what they did. I have realized that when you do a show, you're telling a story. As long as you have a wonderful opening and a wonderful close, anything that happens in between will fall into place. Here, I always have felt like I'm the song-and-dance man for the company. I always like coming up with that lighting or whatever it is that adds that extra touch and sparkle to what we're doing.”

Short: “If Bill is the song-and-dance man, I'm the eat-and-drink guy. I like to do the catering selection, the food presentation, the menu design, the food and beverage negotiation. I can talk to chefs for hours and hours about variations on recipes. I've got about 500 cookbooks at home. My wife finally moved them all into the basement.”