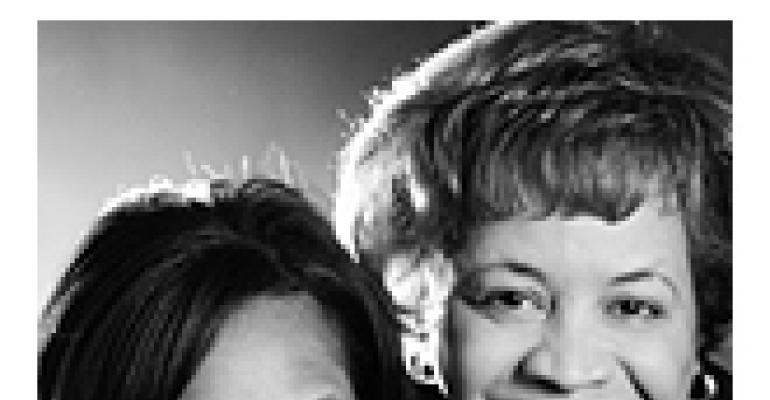 As we begin our 25th year publishing Special Events Magazine, every month we salute event professionals who have reached career milestones.

CPG Communications Group, founded in Kansas City, Mo., in 1981, had plenty to celebrate at its 25th anniversary bash this summer. For one, the firm can look back on 25 years of providing event management, public relations and specialty publishing services. Just as important, the mother-daughter team who run it can celebrate their life together.

And celebrate they did at the July 15 bash, which also served as a fundraiser. The 250-guest event brought in more than $4,500 for the National Kidney Foundation, a cause with special meaning for CPG's leadership team. In 1992, CPG's founding partner, Georgia L. Clark, donated a kidney to her daughter and business partner, Michelle Paige. The donation has kept a family and a business moving forward.

Twenty-five years ago, Clark had been working in marketing for pioneering airline Braniff when it became clear that her employer's fortunes were beginning to fade. In 1981, she moved back home to Kansas City and at age 34 opened her own marketing and PR firm. Her daughter joined the company in 1994.

Clark's own initiative has been key to her firm's success. “If the right events don't come our way, she'll be the first to go out and pitch one for creation,” says CPG Communications Group assistant editor Jennifer Wolf. “If there's a venue in which she feels a client needs exposure, or an audience in which a client can make a difference, she's the one to pitch the perfect event partnership. Keeping the client's best interest at heart keeps her ahead of the game.”

CPG's resume includes several on-going events that are establishing important legacies. For example, the Corporate Bound Academy, created on behalf of client National Eagle Leadership Institute in 1998, travels from city to city hosting 250 top-notch college students at a week of training for a future in corporate America. Prize packages include such coveted gadgets as laptop computers, iPods and pocket PCs, along with scholarships and internships. CPG facilitates all logistics, from site selection and meals, along with sponsorship, audience generation, registration and publicity.

The CareerFocus Eagle Award program, created on behalf of client CareerFocus Magazine in 1993, recognizes successful corporate leaders primarily from the African-American and Latino communities who embody the qualities of leadership, dignity, honor and integrity. At its start, the program hosted 35 guests; today, more than 600 people attend the annual gala.

The Missouri Lottery Presents Black Archives of Mid-America Tour paired the Missouri Lottery with the Kansas City-based Black Archives of Mid-America — the largest depository of African-American artifacts west of the Mississippi River — to provide learning opportunities for the state's college students. For students who can't visit the galleries themselves, the tour brought the archives to them via a traveling exhibit that visited campuses starting in February — Black History Month — 2001. More than 4,500 students from eight campuses went on a self-guided tour followed by live presentations and meals offering samples of African-American cuisine. CPG is proud of this event because, Wolf says, “We were able to promote the Missouri Lottery's promise to education, help spread the good news about the Black Archives of Mid-America and touch the lives of more than 4,500 young adults through the power of cultural education.”

The changes in the event profession over the last 25 years have been “amazing,” Clark says. “But it's not just the technology, client expectations, competition or our vantage point. More than that, it's the dynamic of the business and the way those of us in it are now perceived. As more professionals have pursued event management as a career and as more have become certified in event and meeting management, it's now recognized as a core expertise. Despite popular belief, not just anyone can do this job. It takes more than a well-organized, detail-oriented person to seamlessly manage all the moving parts, and to do it well.”

And in a change for the better, “Now, event management is offered as a college major,” she says. “I enjoy meeting young people who say, ‘I want to be an event planner,’ and have the support they need to get there.” When Clark got her start, “We didn't go to school for this, and we didn't have role models or mentors to show us the ropes. We sort of stumbled into it and learned it on the job.”

Clark credits her longevity in event management to creating events with meaning. Wolf adds, “CPG has the good fortune to be extremely selective about the events we manage. Georgia instills the value of doing good while doing well into every assignment. If there's no ‘good’ element in the project, it's unlikely that CPG will pursue it.”

Indeed, CPG's 25th anniversary gala is a perfect example of an event with doing good at its heart.

“Just as CPG is committed to delivering its products and services beyond expectations, we consider it our duty to share messages that educate and empower people toward living their best lives,” Paige explains. “Opening oneself to the possibility of organ and tissue donation and the prevention of kidney disease is part of that.”

Her mother hopes this message travels widely. “Our experience is not unique. Many families are challenged by failing organs and tissues and are in need of donation,” Clark says. “My daughter and I were extremely blessed to have been a perfect match. We hope to send a wake-up call to other families — a message that organ and tissue donation transcends gender, ethnic, educational and socioeconomic distinctions. Donation saves lives.”