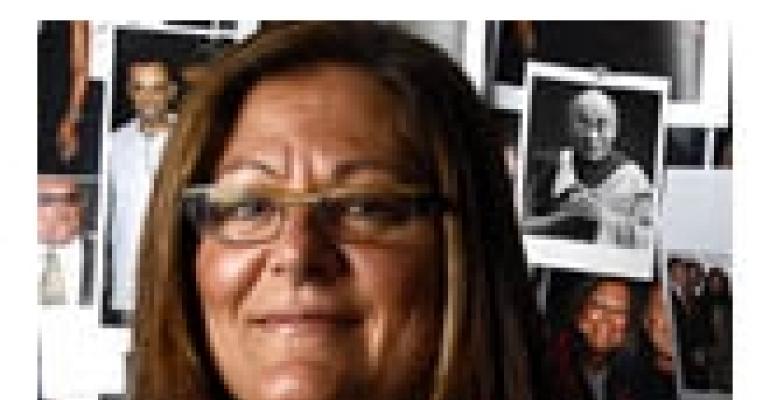 Ever since being voted “best dressed” in her senior class at James Madison High School in Brooklyn, N.Y., Fern Mallis has been all about fashion. Now senior vice president of New York-based IMG Fashion, Mallis was instrumental in launching what is now Fashion Week in New York, where twice a year some 80 designer runway shows are presented over the course of eight days. According to IMG estimates, the event generates more than $235 million for the city each season and attracts 100,000 guests, ranging from media to retailers to celebrities. Under Mallis' direction, Mercedes-Benz Fashion Week has also taken hold in Los Angeles and Miami. Similar events are set to sprout in Dallas, Chicago and San Francisco, in addition to the shows now staged in Mumbai, India, Moscow and Berlin. Here, she gives Special Events Magazine the last word on Fashion Week's new look.

SPECIAL EVENTS MAGAZINE: It's exciting to learn about the expansion of Fashion Week to Dallas, Chicago and San Francisco. Will these be annual events?

FERN MALLIS: We are currently planning to continue the project, but specifics have not yet been announced.

SPECIAL EVENTS: Is there any attempt to put consistent elements in Fashion Weeks? Will the name “Fashion Week” be the unifying brand?

MALLIS: “Fashion Week” is not a brand owned by any one company, and so many cities around the world have their own events. We look at our events as a growing necklace, with each event being a “pearl.” Each event is unique to its locale and supports the local design industry. The consistent elements, though, are the quality of our events, the quality of the designers and the increased international exposure we bring.

SPECIAL EVENTS: How are the events calendared so they don't compete with each other?

MALLIS: The events in New York, London, Milan and Paris are set via their respective organizing bodies in conjunction with each other. Other events seem to fill in around these and follow their own domestic industry cycles, which are generally close to the international standard.

SPECIAL EVENTS: Specifically on event management issues, what are your must-haves in venues for the shows?

MALLIS: Obviously we must have the production capability to produce world-class shows, which means a lot of power, a lot of space and the right infrastructure. We have been able to do a lot of things in existing spaces, but there is nothing like building your own space tailor-made to your needs. There's nothing like the cost of that, though, either; it's something we will always work on.

SPECIAL EVENTS: What's next for New York Fashion Week after it leaves its longtime home in Bryant Park?

MALLIS: We are in Bryant Park for a couple more seasons at least. The conversation is ongoing with the city and the park and other interested parties. Wherever we end up a few years from now will be equally as fabulous.

SPECIAL EVENTS: Given your druthers, would you prefer to use an existing venue or create one with tenting, à la Bryant Park?

MALLIS: Creating a special space always gives you so much control — it can really be fabulous. It can be pretty time-consuming, though, and then there is the constant budget debate. It's really up to the individual event's requirements.

SPECIAL EVENTS: Regarding ancillary parties, do you have to ride herd on them, or do you let them go their own way?

MALLIS: Our events really focus on the designers' runway shows. There are a million parties during Fashion Week, a lot of which are fabulous and help to build the excitement. Sometimes it does seem to distract a little bit from the business at hand, but we always end up with great shows and great front rows, and so I think it adds more than it takes away.

SPECIAL EVENTS: Are gate-crashers getting to be more of a problem as Fashion Week grows more famous, or have they always been a pain?

MALLIS: Always have been there, always will be. A tip to anyone throwing a fabulous fashion party: Hire a great security team!

MALLIS: IMG Fashion's event production expertise is actually for hire for the right type of events. We recently produced Swarovski's “Poetic Night” product launch, the main event of which was a gala reception in the summer garden — aka the ice-skating rink — in Rockefeller Center. We obviously aren't just party planners, but for companies looking for a large-scale event producer with fashion expertise, IMG might be the answer.