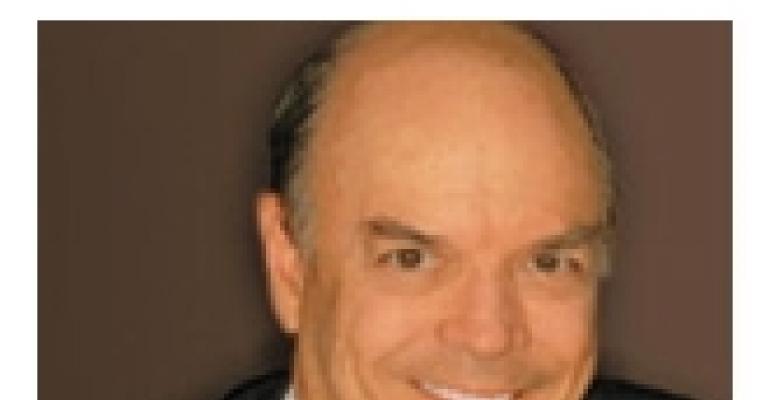 An interview with Bill Morton on thinking big

From its founding in 1939 by Jack Morton as an entertainment production firm, the company that is now experiential marketing agency Jack Morton Worldwide reached a pinnacle last year: producing the opening and closing ceremonies of the Summer Olympic Games in Athens. Yet as William (Bill) Morton — son of the founder and now company chairman — sees it, this achievement was really only a natural progression for his firm. Here, he talks about the power of passion for events, and how to keep that passion alive.

SPECIAL EVENTS MAGAZINE: You have said that watching the opening ceremonies of the 1984 Olympic Games in Los Angeles changed your vision for your company. How?

BILL MORTON: It was just the magnitude of it. It was beautifully staged and produced, and as I sat there in the stadium, I realized there was the potential that one day our company could be producing the opening and closing ceremonies. It was just that easy. I grew up with a father who was always trusting and encouraging and open. And in that environment, I could dream. And I live in the world today around the concept that leadership is hope.

Q: How did your company start moving in the direction of creating such large-scale events?

A: It really begins with hiring the best and the brightest, and then training and promoting from within. At the same time, it's continuing to raise the bar, and living in the world where no idea is a bad idea. As I think about our values and perspective on our people, it's about respect and passion and agility. We have respect for each other and for our clients, and passion for our business. Agility is hugely important because we move very quickly. We make decisions, we get things done, and it all lives on a certain edginess. We encourage people to take risks. Nobody is going to be happy here in any kind of leadership role without a certain willingness to take risks. If they are risk-averse, it doesn't match our model of growing and promoting from within. At the same time, we understand the importance of responsible investments and returns. We will start our 66th year this year; you don't survive 66 years without this.

Q: Jack Morton Worldwide now has nearly 700 employees; how do you keep them eager to try new and more challenging things?

A: It's the idea of having a dream. Go ahead and dream; it's hugely important. There is a quotation from Robert Louis Stevenson that I keep on my desk: “To be what we are and to become what we are capable of becoming is the only end of life.” To me, that is what drives me. It's the constant idea of raising the bar, of learning, of trying, of saying, “What if?” And if we can create an environment around here where that philosophy is embraced by everyone, you can see why we don't have the same problems that some of the other [event] companies have had.

There is no secret to who we are and what we do and how we operate. We have great expectations for our people and for ourselves. We like to be the best in the business. We are the best. The others aspire to be what we are. When I speak at various business schools, the graduate students are always asking how we benchmark ourselves against the competition. My answer is, there is no competition. We set the pace. And I never worry about looking back. As far as I'm concerned, if you have a vision moving forward, you will stay ahead of the pack. And I'll tell you the other secret to it: It is being totally client-centric in all we do. That's really how we grew this company from an entertainment business into the business that we have today. If you think about all the things that we're doing — from our internal branding to B-to-B marketing to consumer marketing and the public events — all of that happened as outgrowths of listening to our clients, and the needs of the marketplace.

Q: What are the next big events you would like to produce?

A: We are doing the Commonwealth Games in Melbourne in 2006, and we will do other Olympic events, and we are hopeful for the Beijing Olympics in 2008. But even if we don't get a project, there's no failure in trying. If you've learned and grown, then it was worth the journey.